Whether you're a fan of NASCAR's much-maligned Kurt Busch or not, you have to admit his paint scheme at Talladega Superspeedway this weekend is pure genius.

Remember when Ricky Bobby was forced to drive for himself in Talladega Nights? Well Busch, in a similar me-against-the-world situation, has brought the Talladega Nights 'Me' car to life for the Aaron's 499 this weekend.

Shake and bake! Check out the pictures below: 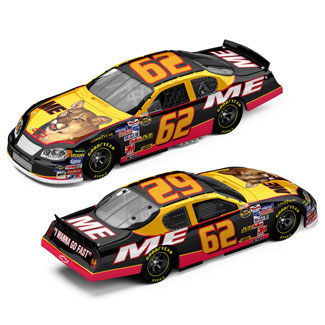 Now, here's Busch's car from this weekend (these are pictures I took this morning at Talladega): 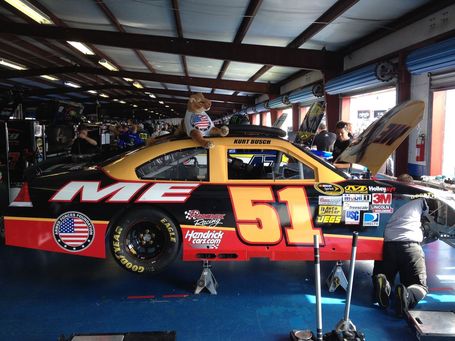 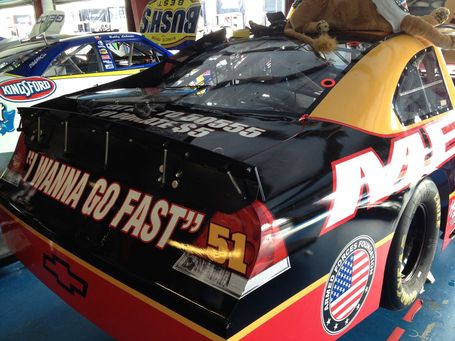 Busch had all his bases covered, including getting a stuffed cougar – remember when Ricky Bobby's dad put him in the car with a live cougar? – to spend the weekend with him. 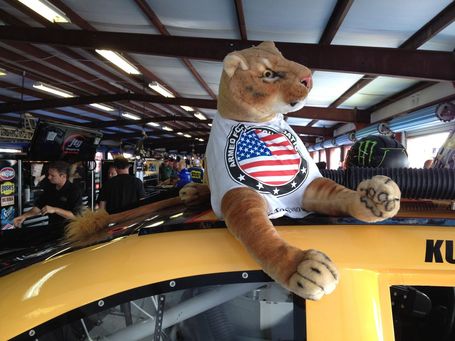 Aside from the car number, the only major difference between the movie car and Busch's ride is the presence of the Armed Forces Foundation logos and text donation number.

Why is Busch doing this? For one thing, because he can.

The team he drives for, Phoenix Racing, didn't have any sponsorship for Talladega, so Busch came up with the idea to do something for the Armed Forces Foundation while attracting attention to the car.

Busch's girlfriend, Patricia Driscoll, is the head of the Armed Forces Foundation, so the idea makes sense on a lot of levels.

As Ricky Bobby would say: "That. Just. Happened."