A cold front will bring scattered showers and storms to Sunday's NASCAR Sprint Cup Series race at Michigan International Speedway. The good news: It doesn't look like a wash out.

It will be hot and sunny for Sprint Cup and Nationwide qualifying as well as the Nationwide race on Saturday afternoon. Afternoon temperatures will be near 90, and with dew points in the low 60s and upper 50s, the humidity won't make it feel any warmer. 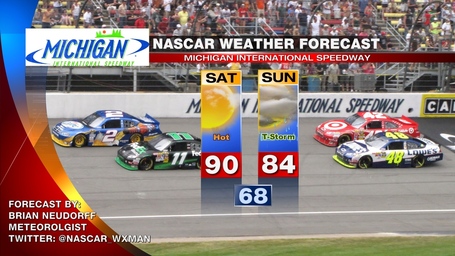 The main weather story is the cold front that slides through the region Saturday night into Sunday morning. A narrow band of showers and storms is likely along and ahead of the front. The front is expected to bring most of the rain during the morning hours, as it clears out Sunday afternoon. If this front moves through as forecasts show and is clear by the start of the afternoon, we could be mostly dry for the Sprint Cup race.

Here is a look at where some of the forecast models have the rain around 2 p.m. EDT: 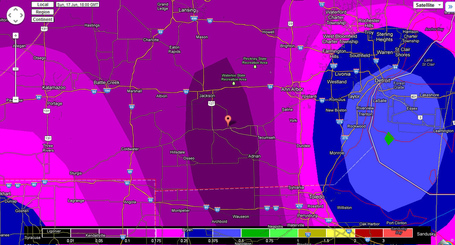 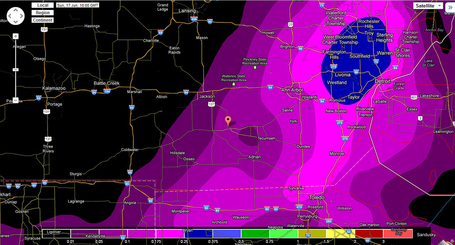 As you can see, the bright purples and dark blues are east of Michigan International Speedway Sunday afternoon. If the models are right, we should have a good shot of getting in the race.

I don't think we are looking at a washout. The likelihood of a Monday race is 30 percent or less. The weather Sunday will depend on two things: timing of when the front moves through southern Michigan, and how much rain forms ahead and along the cold front as it moves through.