The Daytona 500 will be restarted at 8:30 p.m. ET following a nearly six-hour rain delay.

DAYTONA BEACH, Fla. -- NASCAR officials are hopeful the Daytona 500 can be restarted at approximately 8:30 p.m. ET, with Fox scheduled to resume its coverage at 8 p.m. ET. 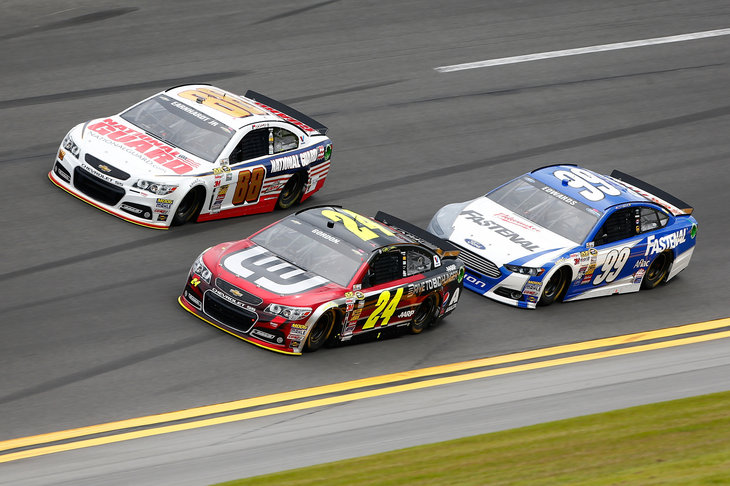 The nearly-six-hour delay was caused by steady rain that at times became heavy, along with lightning, high winds and tornado warnings in the surrounding areas. Track officials evacuated the grandstand as a precaution.

During lulls in the rain, NASCAR continually worked to dry the 2.5-mile Daytona International Speedway utilizing its Air Titan system, which dries the track 80 percent faster.

Kyle Busch was leading on Lap 38 when officials parked the cars on pit road under the red flag. Kasey Kahne is second followed by Denny Hamlin, Brian Vickers and Paul Menard completing the top five positions.

This marked the third time the Daytona 500 was delayed for rain in the last six years. In 2009, the race was cut short 48 laps shy of its scheduled 200-lap distance, while the 2012 edition was postponed until Monday evening. In both instances Matt Kenseth emerged as the winner.