Best And Worst Fashion At The NBA Draft, From Terrence Ross To Meyers Leonard

Who wore the best and worst suits at the 2012 NBA Draft? We break down 16 of the draft picks for their sartorial decisions. You'll be unsurprised to learn that the 7-footer from the University of Illinois finished at the bottom.

Share All sharing options for: Best And Worst Fashion At The NBA Draft, From Terrence Ross To Meyers Leonard

The NBA Draft is a well-reputed haven for truly awful suits. You give teenagers a little bit of money, the promise of camera time and a little bit of sartorial freedom, and you often end up with outfits that make Russell Westbrook look like James Bond.

How did the 2012 class do in the fashion department? We have a photo rundown of 16 players who shook David Stern's hand on Thursday night, ranking from No. 1 on down to ... well, you'll see. Enjoy! 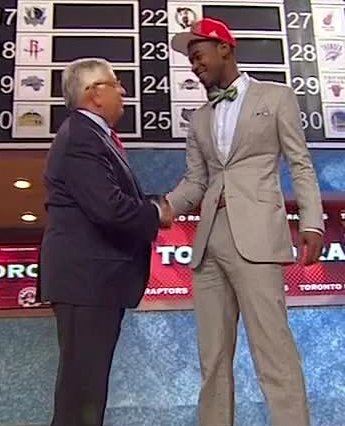 BOW TIE. That's all that needs to be said. That's all, you hear? There's nothing else in that photo to address. Nothing. Just the bow tie. 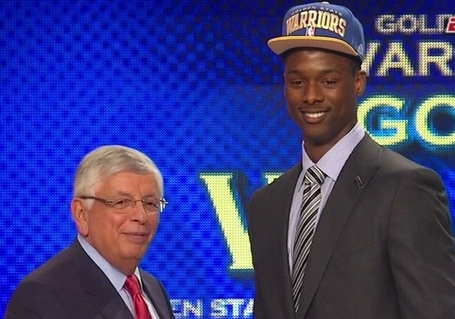 Glen Rice's reputation took a different direction with that whole Sarah Palin thing, so let's ping Barnes as a bigger Ray Allen. He's got the style and smile on point; he'll be extremely marketable if the Warriors do make the jump to San Francisco, and he proves to be worth the No. 7 pick. He seemed like the second coolest dude in the room, at least from my vantage point of a couch in Sacramento. 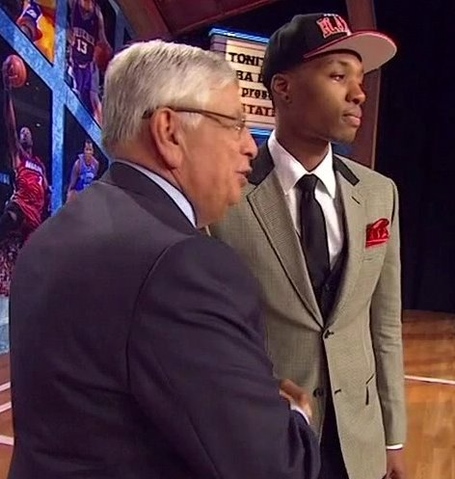 I feel like this might be a next-level suit right here. This is an Oakland suit. Like Oakland Oakland. This is quite possibly the beginning of Oakland fashion. 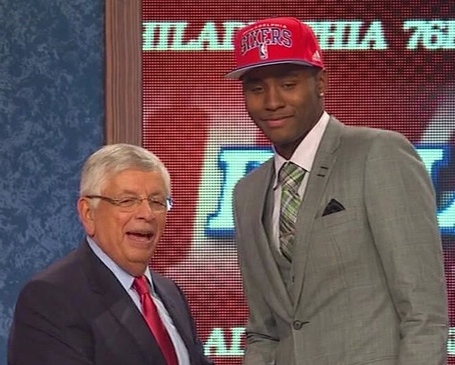 Plaid ties were the real fashion winners of Thursday night. Harkless goes with a slick color combination, a gray suit with the green and gray plaid tie. The understated tie clip stands in stark contrast to Tyler Zeller's loud tie tack. If only he'd have kept his name "Moe"! 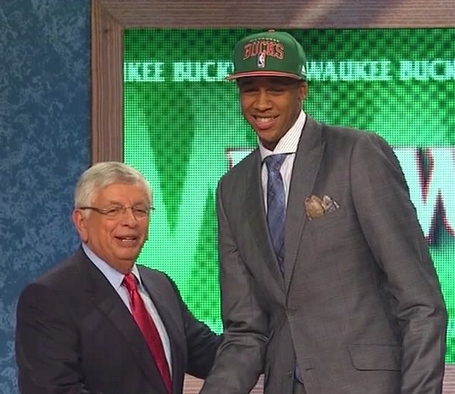 Pocket squares on pocket squares. Getting suited up is an underrated problem for tall, skinny dudes. (SB Nation's Bomani Jones has sermonized on this topic.) Henson pulls it off well. Bonus points for noting in post-draft interviews that he appreciates that Milwaukee lacks traffic congestion. 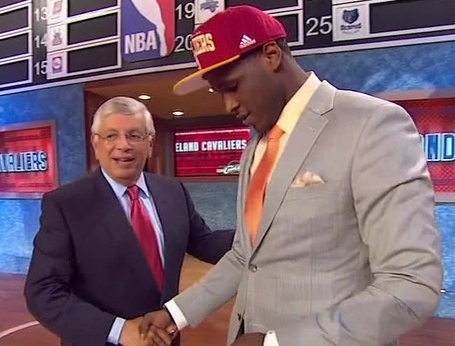 Dang, Dion Waiters, if you love Syracuse so much, why didn't you stay there? 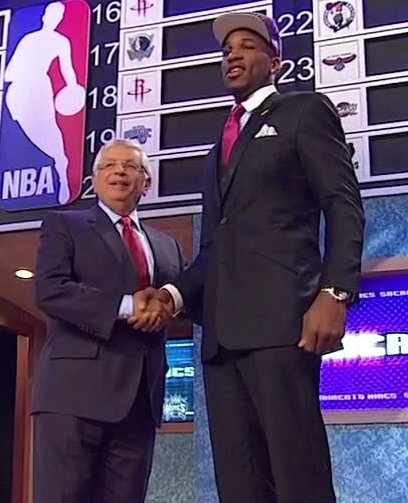 Simple, with the Rolex peeking out and a stylish loud color on the tie. He wore sneakers with this, right? This is a sneakers suit. 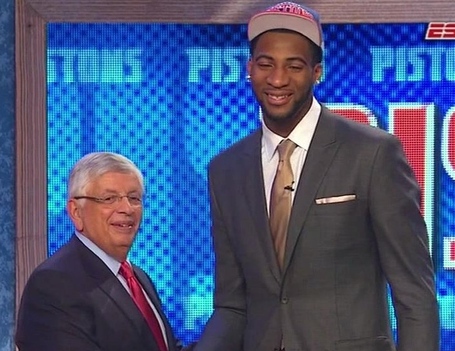 Drummond hooked his mic on the tie instead of the lapel (rookie!), but looks solid. Now someone just needs to teach him how to wear a ballcap. 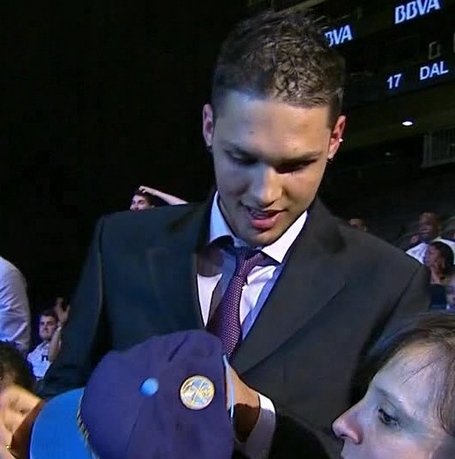 Fournier appears to be the long lost brother of either Cristiano Ronaldo and Derek Zoolander. He was quite natty coming out of the crowd, but he has the distinctly French air about him, which proves to be a disadvantage against composed American rivals. An outrageous hair gel level. 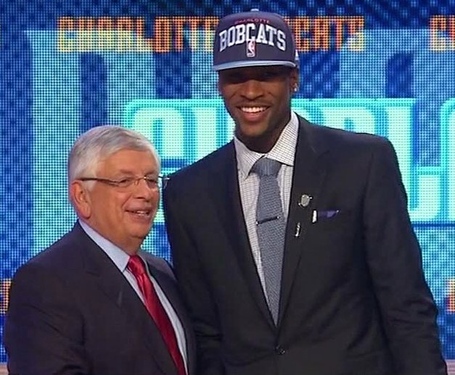 Something tells me that Michael Kidd-Gilchrist will not be wearing lenseless frames and red pants any time soon. 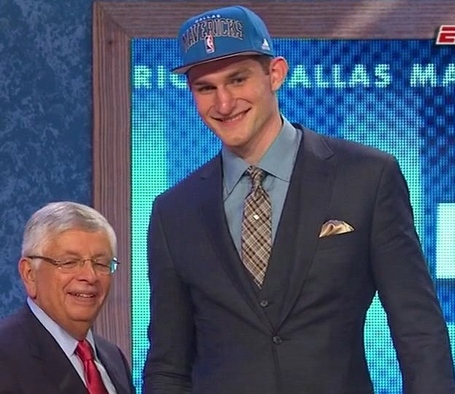 Is that a tie tack in the center of the tie above the pocket square horizon? Impressive commitment to bling! Otherwise, this is halfway between rural high school Homecoming King and 45-year-old Northern Virginia WASP. 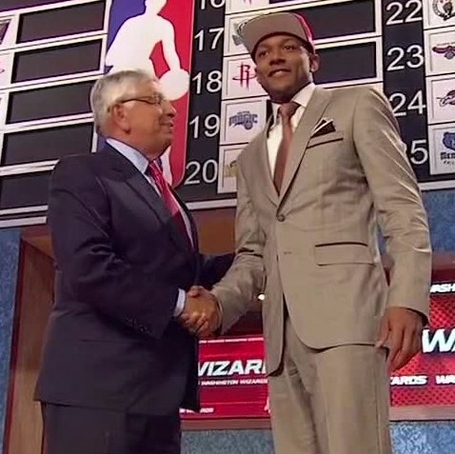 This screencap doesn't quite do it justice: that suit was a bit out there due to the wacky brown trim on the lapel and pockets. But it kinda worked, in a Four Tops cover band way. Beal is young enough to pull off quasi-wedding band, I guess. 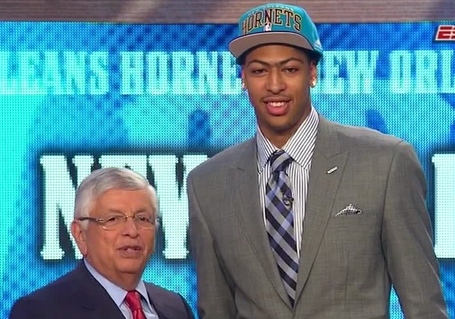 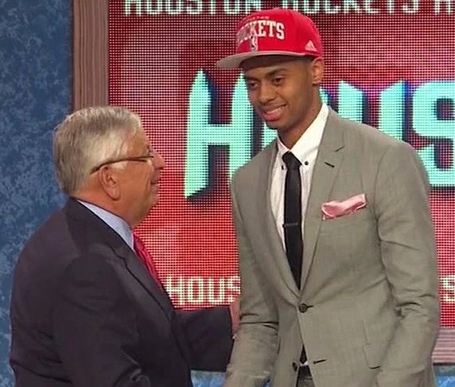 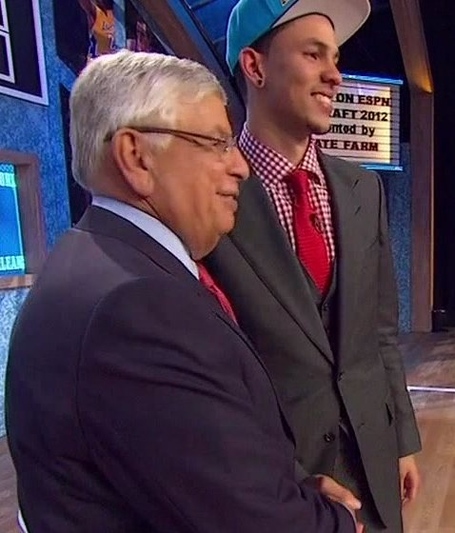 No. This is not a Banana Republic catalog, and you are not wearing a goatee. No. 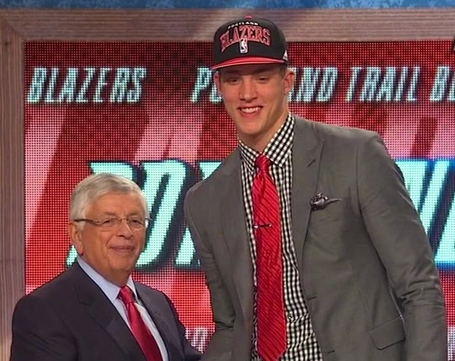 What in the Heavens is going on here? Bomani Jones' sleeper pick came through strong with a tablecloth, tight-collar shirt, a mismatched loud red tie, a confused open jacket and origami poking out of his pocket. It's not quite Wesley Johnson, but it's just not right. At all.