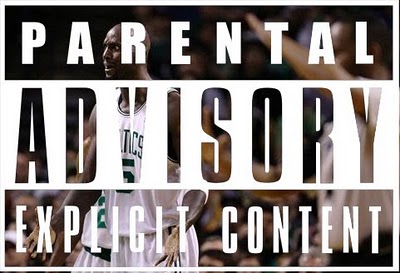 Now, let's just be clear right up front: it's never cool to joke about cancer. It's tasteless, insensitive, and insulting to millions of families ravaged by the disease every year. But it's kind of hilarious that of all people to cross that line, it was Kevin Garnett.

KG talks a lot of crap. He's probably never been in a fight. I would love to get in a ring with him, I will expose him. KG called me a cancer patient. I'm pissed because, you know how many people died from cancer? And he's tossing it like it's a joke. I wouldn't even trip about that, but a cancer patient, I know way too many people who passed away from it, and I have a special place for those [victims].

It's not the first time KG has crossed the line--remember his charming war analogies?--but rather than relive our absurd reactions from the past, let's try to look at this rationally.

As far as cancer's concerned, I talked to one of my best friend's from college, himself a cancer survivor and a KG fan, and asked him what he thought. His response after hearing what KG said: "Wow. There are just certain things you shouldn't touch when trash talking. Terminal diseases that millions of people die from each year is one of them. Would think KG is smarter than that." And he should be. But guys, KG is CRAZY. 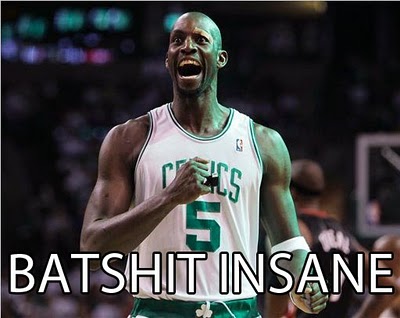 Especially when he's on the court. Not only has he probably said far worse to opponents over the years, he probably said something just as bad last night. Trash talk is a nasty business in any sport, but ultimately, it's not a reflection of someone's values. Kevin Garnett has always been a class act off the court, and he's always been a little insane when it comes to basketball. We know this. We joke about this.

To which I'd say, "He probably takes it a step too far every single night." We just don't have people like Charlie Villanueva around to tweet about it. Imagining the horrible, inhumane things that come out of Kevin Garnett's mouth on the court has been hilarious for years now.

It's like the old man that strings together profane, anatomical scenarios you'd never even thought to imagine. Is he a bad person for it? Or kind of an amusing sideshow who, after years and years, almost becomes endearing for all his insanity?

I'm going with the second one, and I look forward to the next "KG is INSANE" anecdote from the NBA this year. Because he totally is, and in the end, that's part of his charm.

And for the record, life's full of cunning, baffling mysteries like cancer. The sort of stuff that adds a dose of sobriety to even the most carefree among us. But how do we cope? As impossible and mysterious as life can seem, sometimes the small charms of an eccentric can be the best antidote. 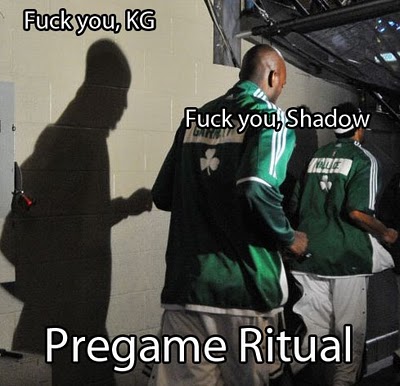 (Photos via the legendary Doc Funk)