Why Did Gilbert Arenas Poop In Andray Blatche's Shoes?

Share All sharing options for: Why Did Gilbert Arenas Poop In Andray Blatche's Shoes?

One of my favorite things about working for SB Nation is seeing what people google to end up on SBNation.com. Often times, people will google full questions. Like, "What did Reggie Bush do wrong?" Then they end up on this article. Or, "How Can I Be More Awesome?" leads to this. Or, "Who is Kat Stacks?"

And just as hilarious and absurd as any google trend, sports sometimes leaves us wondering about questions like, "Why Did Gilbert Arenas Poop in Andray Blatche's Shoes?"

And to that point, from a forthcoming Sports Illustrated story, Gilbert Arenas elaborates, sort of:

I understand what people think because of the perception of me. They read the funny stuff, like me taking a crap in [teammate] Andray Blatche's shoes. But nobody is going to ask what Andray did to deserve it.

See, before, we might have just thought it was a prank. But now we know, and for all those folks out there asking google... There was a reason for it, and Andray totally deserved it. Err... Right?

Upon closer inspection, Gilbert just raises more questions with this latest insight. First of all, what did Blatche do? Did Blatche steal his black card like Nick Young that one time? But more importantly, there's the question that Gilbert ignores...

Does anybody ever really deserve human poop in their shoe? Sadly, Google is no help here. 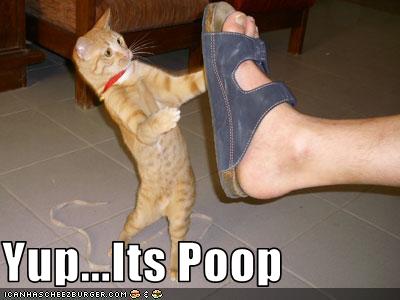