The NBA continued its resurgence in 2010, earning headline coverage all the way around the calendar. The league's biggest star, LeBron James, became one of sport's most divisive characters as a man who once held that title -- Kobe Bryant -- added his fifth championship ring. Owners complained about devastating financial losses amid the worst economy since the Great Depression, all while doling out hundreds of millions of dollars to the infamous Free Agent Class of 2010. New stars rose as others blinked out, either due to circumstance or self-inflicted wounds.

Before we dig into the top five stories of 2010, let us give due respect to our honorable mentions: Blake Griffin's ostentatious 2010-11 debut, filled with dunks and dunks and more dunks; the devastating realization Brandon Roy will probably never be the same player again; the NBA's unprecedented purchase of one of its teams, the New Orleans Hornets; truly gonzo spending up and down the league during the free agency gold rush of 2010 (with special consideration to Joe Johnson, Drew Gooden and, yes, Darko Milicic); Team USA's World Championship triumph without a single 2008 Olympics star; and finally, the rightful glorification and ascension of Kevin Durant, Angel of Basketball. 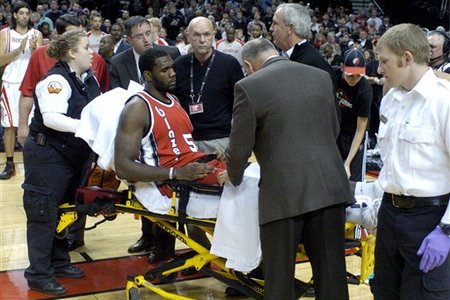 The NBA's center position has suffered for years as the ranks of elite pivots shrank due to annual attrition and a lack of frequent replenishment from the amateur ranks. But two injuries in 2010 struck fatal blows to the position's future. Yao Ming missed all of the 2009-10 season due to a broken foot, then suffered a stress fracture after playing just seven games in the 2010-11 season. The injury has likely ended Yao's NBA career at age 30. Like Yao, Greg Oden has seen injuries beget injuries -- he was ruled out of the 2010-11 season before it began after missing the final 60 games of 2009-10. His career as a Blazer could very well be over as he'll be a free agent in 2011.

Meanwhile, the league's corps of young dynamic point guards continues to grow, with three of them -- Tyreke Evans, Stephen Curry and Brandon Jennings -- leading 2010 Rookie of the Year voting and another -- John Wall -- going No. 1 overall in the 2010 NBA Draft. Along with the newcomers, young guns like Russell Westbrook, Rajon Rondo and Derrick Rose leaping out of the stratosphere to join those old hands Chris Paul, Deron Williams and Steve Nash in the league's elite. In case you had forgotten, 2010 proved that the NBA's future is in its guards -- not its big men. 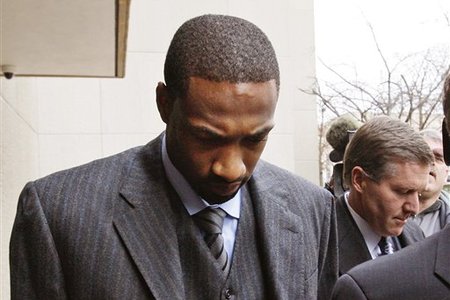 In the darkest episode of the year for the NBA, Gilbert Arenas was suspended 50 games after it was discovered he had up to four firearms in his locker at the Verizon Center. The sordid story read like a CSI: D.C. plot, with a dispute over a bet blowing up into a police investigation and reports of an Old West style showdown in the Wizards' locker room. Eventually, the NBA suspended Arenas for making light of the investigation on the court, as he waved "finger guns" during a pre-game skit. That suspension turned into a 50-game ban. The Wizards excised Arenas from their promotional materials and last week traded him to the Magic. Crittenton, meanwhile, has fallen out of the NBA. Numerous teams instituted rules against charter plane card games as a result of the incident.

3. Lockout Looms As League, Union Talk Past Each Other 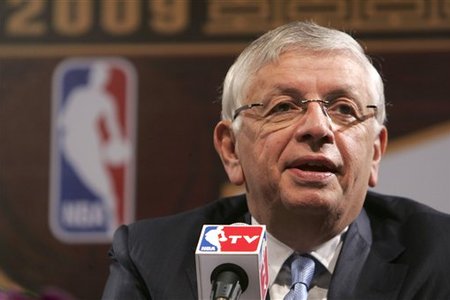 We are closer than ever to an NBA work stoppage in 2011, thanks to absolutely no progress in collective bargaining talks between the league's owners and players over the past year. All the way back in February, the union reportedly tore up the league's proposal on sight. The league has ignored the union's proposed reforms, which shows just how great the gulf between the sides has become. Union head Billy Hunter put the odds of a lockout at 99 percent. It seems low.

Making matters more difficult is the fact that 2010 saw an unprecedented level of owner turnover. The Nets, Wizards, Bobcats, Warriors and Hornets all changed hands. The Jazz and Nuggets were taken over the sons of the teams' previous owners, and the Pistons spent basically the entire year on the market. A unified message from the league is hard to pull together with so many new voices, and it's no surprise the hard line has, to date, prevailed. 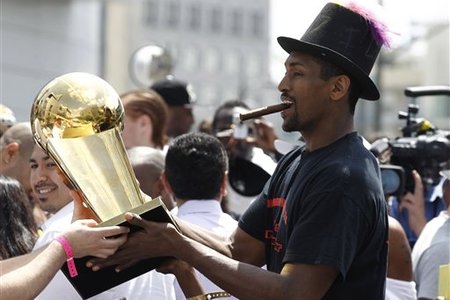 The 2010 NBA Finals saw the previous two champions matched up, with the L.A. Lakers looking to repeat and the Boston Celtics looking for Title No. 18. In a seven-game classic, the Lakers came out ahead. But it wasn't Kobe Bryant's heroic shotmaking that made the difference -- Kobe was just 6-24 in Game 7. Instead, it was the much-maligned Ron Artest, longtime villain, who saved the season with excellent defense and timely shots. Artest thanked his psychiatrist in the post-game press conference, and went on to emulate Charles Lindbergh in executing a long victory tour. The Lakers and Celtics are arguably favorites to face off in the 2011 Finals, as well. 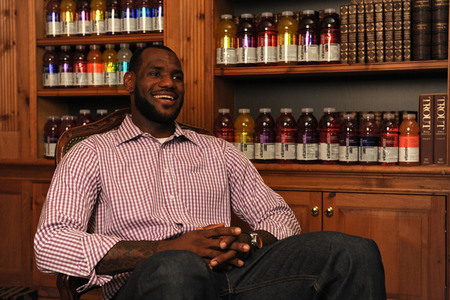 In the most anticipated free agent decision since Michael Jordan flirted with the Knicks in 1996, two-time MVP LeBron James picked the Miami Heat, where friends and fellow stars Chris Bosh and Dwyane Wade had just signed. But the bigger story was how James announced the decision: in a one-hour television special on ESPN hosted by Jim Gray and actually called The Decision. It was seen as the equivalent of spitting on the entire city of Cleveland, LeBron's P.R. squadron failed to get ahead of the story, and King James' Q rating literally tanked. When the Heat struggled out of the gate despite supreme self-confidence, the world tittered in mirth. Alas, the Heat actually are good. They have helped NBA ratings explode this season, and architect Pat Riley has created the new blueprint for building a superpower.