The original Space Jam website, a lost treasure of the internet

We're now just days away from 2011, which (obviously) means we're drawing ever closer to the 15th anniversary of the greatest movie starring Michael Jordan alongside an animated rabbit ever released: Space Jam.

And in one of the more amazing Internet discoveries ever, it turns out that the original Space Jam website is still in existence, seemingly untouched from the day it launched 15 years ago. 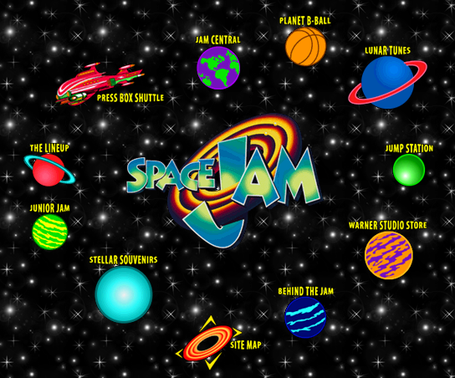 It's truly magnificent in every sense of the word.

Jonah Peretti called it an "Internet time capsule," and that's truly a perfect description -- I mean, it looks like something made using Angelfire and features a site map. A site map.

There are so many great sections, each one better than the last -- Space Jam Tracks, Behind The Jam and Planet BBall:

If you like basketball, and you like to jam, go no further. Space Jam isn't just about Michael Jordan meeting the Looney Tunes -- it's about a slammin' jammin' game to keep the Looney Tunes out of a failed intergalactic theme park! Rounding out the cast are some of the biggest stars of the NBA, making their feature film debuts. 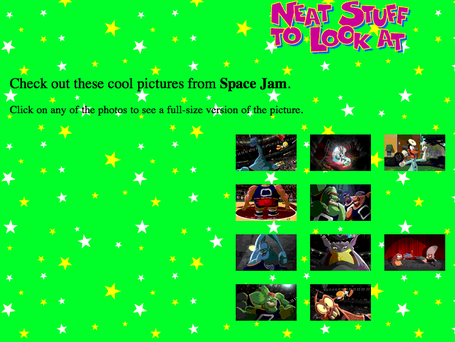 This must be how archeologists feel.