The NBA announced today that the referees will be working the 2010-2011 season with a broadened definition of what constitutes a technical foul. The exact wording, courtesy of Henry Abbot at ESPN:

• Players making aggressive gestures, such as air punches, anywhere on the court.

• Demonstrative disagreement, such as when a player incredulously raises his hands, or smacks his own arm to demonstrate how he was fouled.

• Running directly at an official to complain about a call.

• Excessive inquiries about a call, even in a civilized tone.

And really, this can end one of three ways.

Anyway, after the jump, Joey Crawford demonstrates the criteria with visual aids. 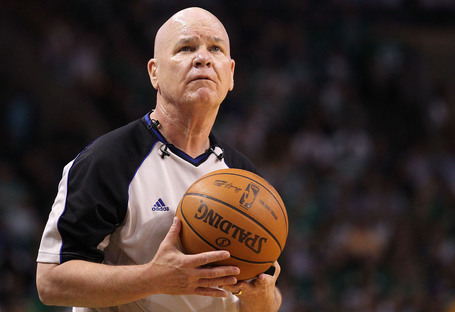 Joey Crawford: "Oooooo.... Someone's about to get a technical." 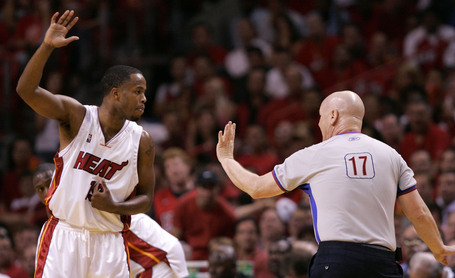 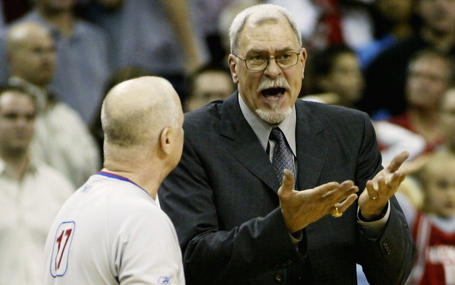 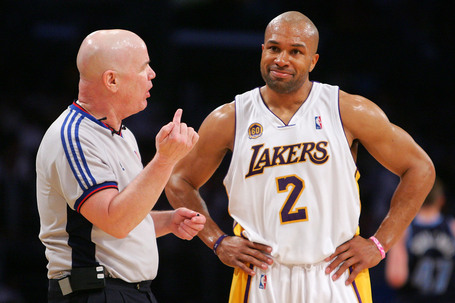 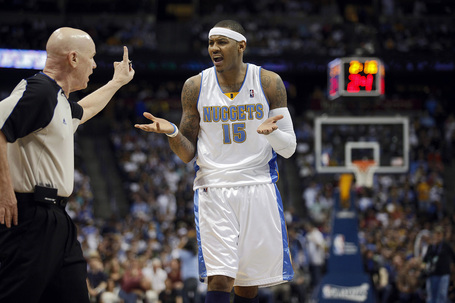 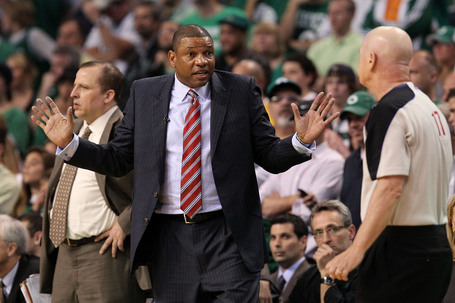 Joey Crawford: "Shrugging your shoulders? You smug sonofabitch... I don't even need to say it." 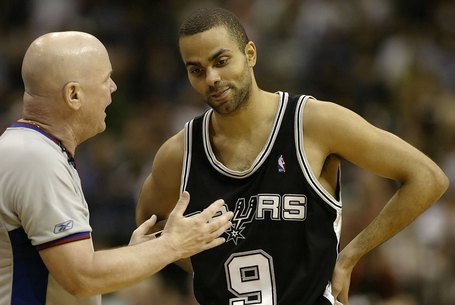 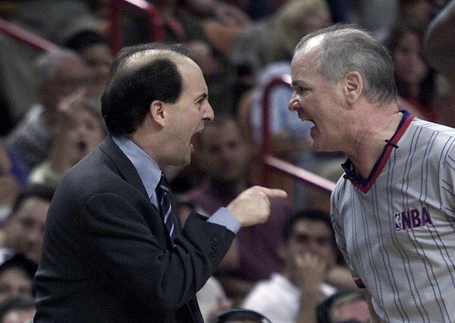 ...Say what you want about the new technical rules, but Joey Crawford heartily approves.

(All photos via Getty Images)