LeBron James And The Miami Heat Have Not Impressed Lil Wayne

Share All sharing options for: LeBron James And The Miami Heat Have Not Impressed Lil Wayne 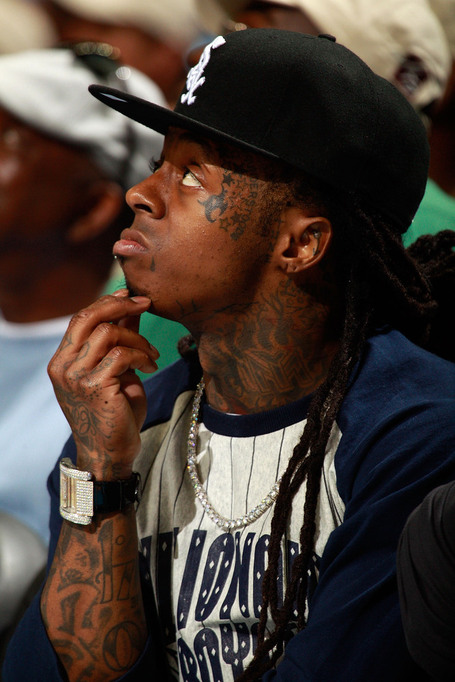 LeBron James and the Miami Heat have been criticized a thousand different ways in the past 12 months, but with all due respect to the canon of LeBron-hatin' that's emerged over the past year, the latest addition might be the most entertaining criticism yet. From Lil Wayne, naturally.

As Lil Wayne (noted for obscure sports references and being the best rapper alive) tells Rolling Stone in the cover story for their latest issue, the Heat superstars just aren't showin' enough love:

When Wayne sat court-side at a recent Miami Heat/New Orleans Hornets game he was upset that Lebron James and Dwayne Wade never came over to talk to him. "Them ni***s never speak to a n***a," he says. "They don't chuck me the deuce or nothing. N***a spent all that money on them f***ing tickets ... Come holla at me. We sit right by them little b**ch-ass n***s.

For LeBron, it's quite an accomplishment. After all, Lil Wayne might be the last person on earth that loves Brett Favre, so it's not like Wayne's a particularly harsh critic. It's just... LeBron and D-Wade aren't chuckin' the deuce, ya know? So the famous entertainer in Miami doesn't like the Heat. A dream come true? Pfft... EVEN BETTER.

As I wrote back when LeBron first signed in Miami, Weezy becoming the Heat's version of Jack Nicholson was one of the great silver linings of the whole story:

He went to Heat games when James Jones and Udonis Haslem were the stars next to D-Wade. Think Wayne ... will miss this? ... It remains to be seen whether this team in Miami can really "work" the way LeBron and co. imagine, but there's no question that Lil Wayne ... becoming the new Jack Nicholson is a massive victory for America, NBA fans, the players, and pretty much everyone except David Stern.

Yeah, that would have been cool. But how great will it be if Lil Wayne becomes their loudest, ballinest, courtside critic? If 'Bron doesn't start chucking the deuce soon, our dream might just become a reality... 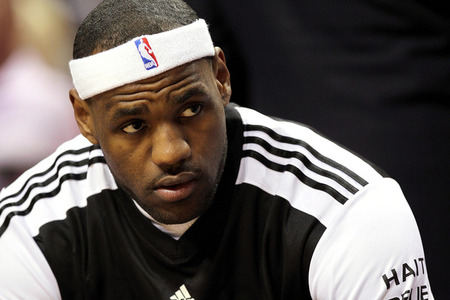 (Okay, now everyone go look up "Chuck the deuce" on Urban Dictionary)