Blake Griffin Is Amazing, But Don't Forget About Eric Gordon

Blake Griffin is getting all the attention for the Los Angeles Clippers' improvement, but don't forget about Eric Gordon, who may be the best young scoring guard in the league.

Share All sharing options for: Blake Griffin Is Amazing, But Don't Forget About Eric Gordon

The Los Angeles Clippers have become the league's most entertaining team, and it's largely due to Blake Griffin. I come here not to put down Griffin, because he is having a rookie season for the ages. (He scored 47 points, then held Kevin Love without a rebound for an entire half on Wednesday night.) Instead, I come here to remind everyone that Griffin is not doing this alone. There's a second potential franchise player on the Clippers' roster, and his name is Eric Gordon

You may not know him, but the reality is that Gordon may be one of the five best pure scorers in basketball. I know, I know, "pure scorer" is kind of cliche, but there's really no other way to describe his game. The third-year guard is quietly having a breakout season, and deserves to be mentioned in the conversation of the top young players in basketball. The only reason he isn't is because Griffin's star has shone so brightly that Gordon has been overlooked, and that's a damn shame.

As it turns out, it's Gordon, and not Griffin, that leads the Clippers in scoring. He's currently averaging just under 24 points a game, putting him eighth in the entire league, ahead of guys like Dirk Nowitzki, Russell Westbrook and Carmelo Anthony. But if anything, that obscures just how good a scorer Gordon has been this season. Gordon is currently posting a true shooting percentage (which takes threes and free throws into account) of 58.3 percent and an assist percentage of 22.1, all while ending 27.1 percent of his team's possessions. In layman's terms, he is scoring while getting his teammates involved and without wasting too many possessions, all while shouldering the kind of scoring load superstars shoulder.

The ability to do all of that is more difficult than you think. For comparison's sake, here is a list of players who have posted seasons with a TS% above 58, a usage rate above 25% and an assist percentage above 20 in the past three years.

That's it. Kevin Durant, arguably the best "pure scorer" in basketball, hasn't ever pulled it off. Kobe Bryant only did it once, and that was back in 2006/07. Dwyane Wade, arguably the best or second-best scoring guard of this era (along with Kobe), also hasn't ever done it. In fact, if you go back to 2004/05, when the new hand-checking rules were put in place, the only new players that you can add to this list are Paul Pierce (twice), Bryant (once), Kevin Garnett (once), Gilbert Arenas (once) and Tony Parker (once). That's elite company, and yet Gordon gets little love for it.
Still not convinced? Here's another stat for you. This season, Gordon has been incredibly consistent with his scoring output. He's played in 39 games this season, and has scored at least 20 points in 82 percent of those games this season. For comparison's sake, here's how the other players on the above list fared at that.
Gordon finds himself on the same level as anyone not named Kobe or LeBron, despite shouldering a heavy offensive load for a young team. More than anyone else in the league, Gordon is managing to consistently provide efficient scoring without being a ball hog. Did I mention he's only 22, which makes him by far the youngest player on that list? Well, I just mentioned it.
There are several keys for Gordon's improvement, but I think the biggest one is that he's managed to curb nearly every offensive weakness he once had. In his first two years, Gordon was good at two things: driving to the basket, and shooting threes. This year, he's improved his in-between game, especially on pull-up jumpers. He's upped his shooting percentage on 16-23-foot jumpers from 36 percent last year to 45 percent this year, and has also improved his shooting percentage from 10-15 feet by 12 percentage points. He's also improved his ball-handling tremendously, dropping his turnover percentage (the percentage of Clippers possessions that end in a Gordon turnover) down to 11.7 percent, despite increasing his usage tremendously.
This is why players need to work on all kinds of shots, even the ones that may not traditionally be efficient ones. If you become a threat from mid-range, you open up driving lanes and force players to play more off you when you're at the three-point line. That's what Gordon has done, and that's why he's scoring so efficiently this season.
There are tons of young stars in this league right now, but room must be made for Eric Gordon. He's not as dynamic as Griffin, Derrick Rose, Russell Westbrook or any number of young high-flyers, but he's already as good a scorer as nearly any other guard in the league. Don't ever forget that the Clippers have two franchise cornerstones, not just one. 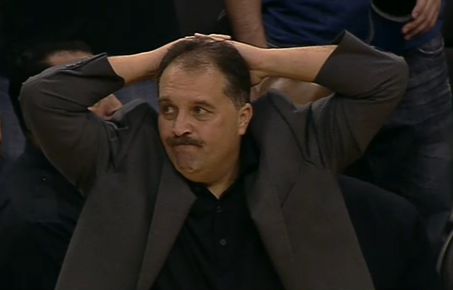 You know what? I'm just going to rename the "Angry Coach Face of the Week" category and make it a weekly chronicle of Stan Van Gundy. The guy is always angry anyway. This week's edition focuses on a face he made after Dwight Howard fouled out of a game against Philadelphia on Wednesday. Stan looks like he lost his puppy.

Other screenshots of the week 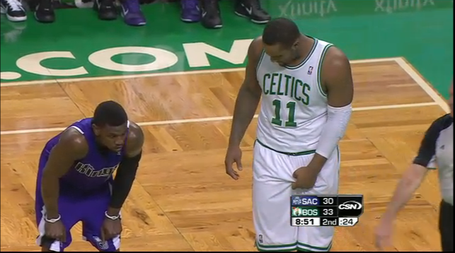 Reason 454 why players should always go to the bathroom before the go out on the court. 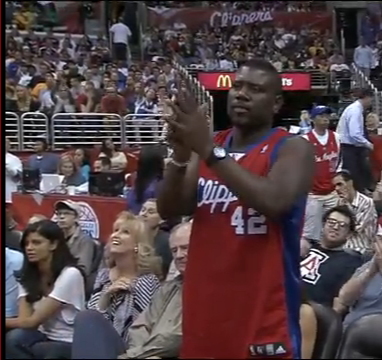 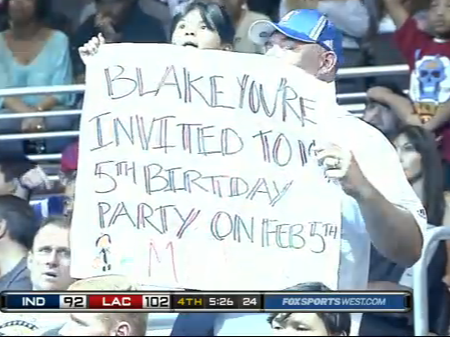 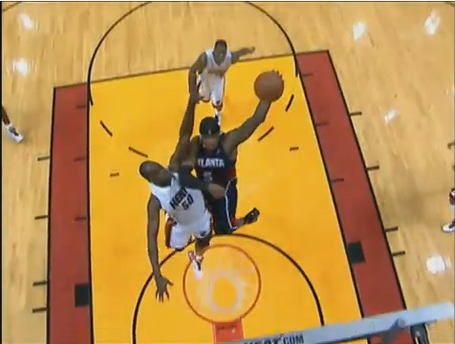 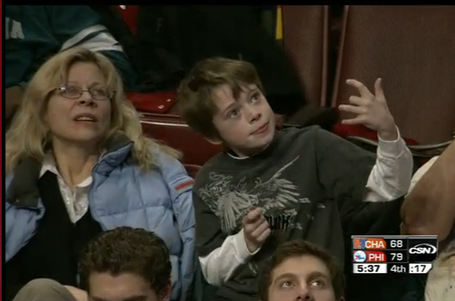 The Bobcats went on a huge run as soon as this kid started playing air guitar. Shame on you, buddy. You're lucky your team pulled it out in the end.

James Posey refused to shake Blake Griffin's hand after Griffin scored 47 on him and his team. Stay classy, James Posey. 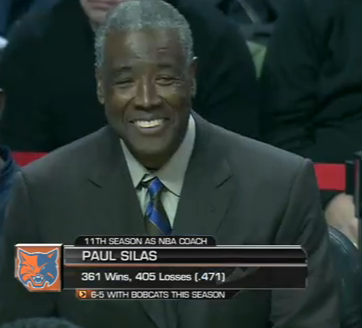 Someone loves being a head coach again. 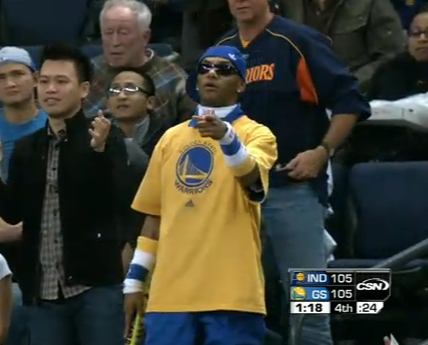 I love most Warriors fans, but this dude needs to stop giving them a bad name. 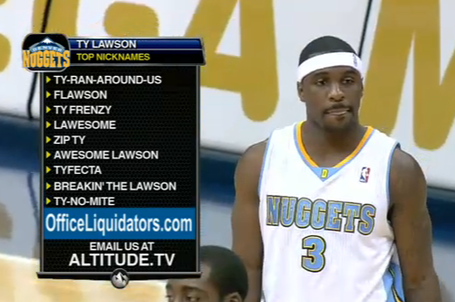 Yeah, these are awful suggestions.