Share All sharing options for: The Video That NBA Jam Pitched To NBA Licensing Back In 1992

It's sorta cliche to say "everything about this video is incredible", but then sometimes it's true.

Above, you have the original pitch video that NBA Jam used to convince the NBA to license players for inclusion in the greatest basketball game of all time.

It begins with a detailed look at their prior success with their Terminator game, then explains their successful NFL games, and finally, we get a look at the beginning stages of what would become NBA Jam. My favorite part is actually the intro, where we hear that "Williams Electronics is currently developing an arcade-based four-player video basketball game. One which employs life-like digitized graphics." 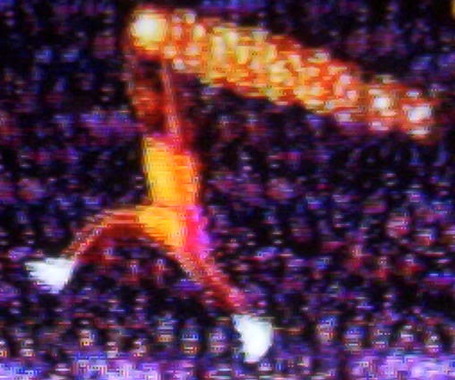 You can read more about the game here. An excerpt:

This video was an important element of Midway’s pitch for an NBA license. It was shown to NBA executives while the game was in development in mid-1992 and has never been seen by the public until now.

The video offers a glimpse at an early version of NBA JAM as it looked before the NBA license was acquired. Described as only "a quarter of the way to completion," it already looks very similar to the final product. Even though the players’ appearances are generic, note that the onscreen placeholder names are "Jordan" and "Barkley"—which is kind of ironic, since Midway never obtained legal clearance to include Michael Jordan in the game or its sequels, and Charles Barkley was removed from most home versions of NBA JAM after a legal dispute.

It's like a Milli Vanilli video wrapped in Zubaz and a Starter Jacket, multiplied by Hangin' With Mr. Cooper and those VHS documentaries you used to watch during biology class.

As SBN's Matt Watson asked, "Is it possible to put a YouTube video in the Smithsonian?" 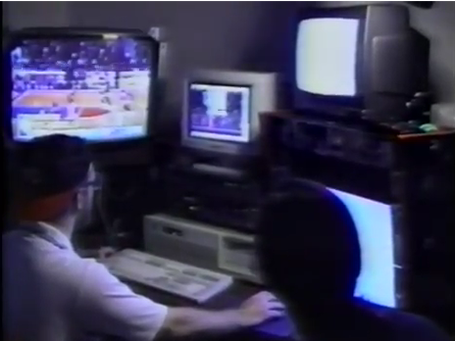