VIDEO: Stephen Colbert On The NBA Lockout, And Other Stuff

Share All sharing options for: VIDEO: Stephen Colbert On The NBA Lockout, And Other Stuff 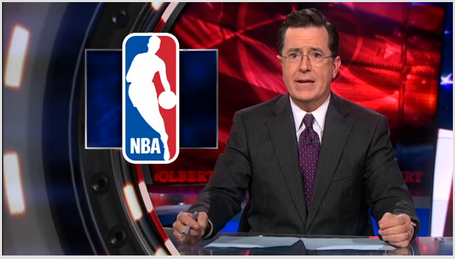 Stephen Colbert is pretty much the greatest. Here's his breakdown of the sports world.

First there's baseball ("Baseball! The World Series continues... Yes, I'm being told that's true."), then football ("Apparently he was so woozy on the sidelines that Ben Roethlisberger tried to have sex with him), and finally, he takes on the NBA lockout and "NBA commissioner/gringotts goblin" David Stern. Video is after the jump.