Share All sharing options for: VIDEO: TNT's NBA Christmas Day Promo Is The Best Thing Ever

It's hard to do a really good sports intro video these days. Seemingly every dramatic song has been used. The same awesome clips have been used over and over. Fans on YouTube get into the act, and there's an increasingly blurry line between awesome amateur videos and awesome professional videos. That's what makes TNT's Christmas Day NBA preview video montage all the more amazing.

The video somehow found a way to splice together current players going against legends like Kareem Abdul-Jabbar, Oscar Robertson and many more. Normally, you'll get a couple players in a split-screen with legends, but TNT somehow found a way to get the current player actually playing against the legend. That's how you get Russell Westbrook shooting a pull-up jumper over Jerry West as if it was completely normal.

Welcome back, NBA. It's great to see you again. 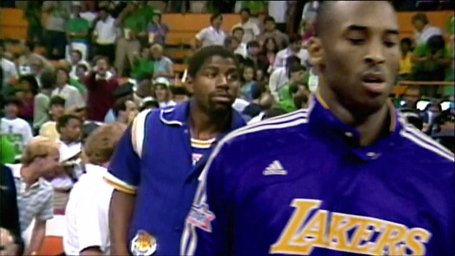 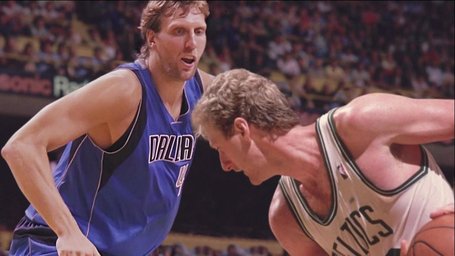 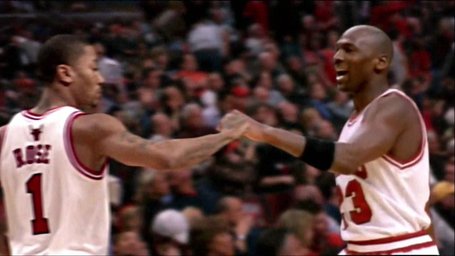 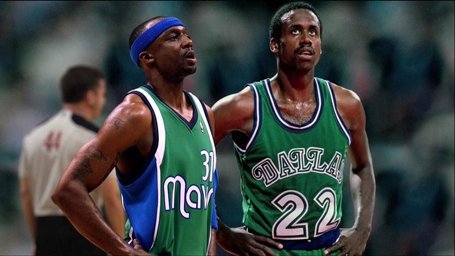 For more on the Christmas Day NBA season-opening slate, visit this StoryStream.