Share All sharing options for: Vote For The (Terrible) New Sixers Mascot

The Sixers old mascot, an urban bunny rabbit named Hip Hop, has retired to life on a farm in rural Pennsylvania. Now the organization has put the choice for a new mascot in the hands of a fan vote.

The options are magnificently bad:

1. Big Ben: History, alive! Ben Franklin is an American classic. He's the most Philadelphia option on this list and he'll never go out of style -- unlike, says, a Hip Hop-themed rabbit. If Poor Richard could be rendered more Muppet-like and less cartoonishly human, this should be the winner. 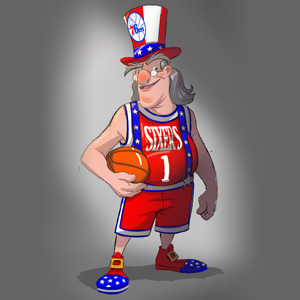 2. Franklin Dogg: "Our Hip Hop rabbit isn't resonating with children. What about a Hip Hop McGruff™?" said an actual person, probably. No! This is silly. This "dogg" knows that he is silly. Look at him: 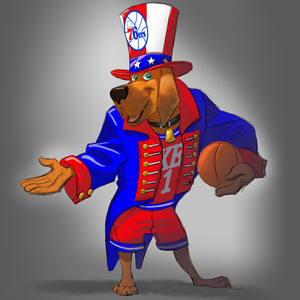 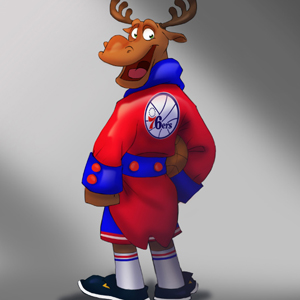 OK, leave a comment with the least of these evils. Or suggest your own mascot. How about a fair, curvy maiden named Liberty Belle?

For more on the Sixers mascot vote, including a suggestion to go without one of these embarassassing mascots, check our our Sixers blog Liberty Ballers.