2011 NBA All-Star Weekend: What Have We Learned?

Share All sharing options for: 2011 NBA All-Star Weekend: What Have We Learned?

A memorable moment during the Dunk Contest. A notable All-Star Game that included a stat-off between the league's two biggest stars. Lots and lots of Justin Bieber.

By all accounts, this was a very successful NBA All-Star Weekend. But what do we now know that we didn't know on Friday?

It's good to be on the home team. Both the Dunk Contest and the All-Star Game were won by guys on the local team, or teams as it were. Clipper Blake Griffin is only the third player to win a dunk contest in his team's home city and the first since T'Wolves player Isaiah Rider did it in 1994.

It's a little bit more common for All-Star Game MVPs, where this is the 13th time a player from a local team has won or shared the MVP. Next year's game is in Orlando so the smart money goes on Dwight Howard.

LeBron messed around and scored a triple-double (29 points, 12 rebounds, 10 assists). Only the second player to ever do-so in an All-Star Game. The other guy? Michael Jordan, who "only" scored 14 to go with his 11 boards and 11 dishes. James also scored 20+ points in his sixth-straight All-Star game, the longest streak in NBA history.

It's all about LeBron & Kobe With his 2011 MVP, Kobe ensured that he or LeBron was named MVP in five of the last six seasons. It's Kobe's fourth overall, LeBron has a measly two.

However, Blake Griffin wins the weekend. Between his fancy play in the Rookie Challenge, his Dunk Contest victory and his strong showing the All-Star Game, Blake is confirming what we already knew...he's the next generation. Winning the Dunk Contest is like winning the Intercontinental Title in the WWE. It's either the highlight of your career or the stepping stone to super-stardom. I think we all know which one it'll be for Blake.

The biggest winner of the Dunk Contest? Not Blake Griffin. It's Kia. Not since Dee Brown bent down to pump up his Pumps has product placement worked so well in this contest. Chrysler might know a thing or two about commercials but leave it to Kia to do the best job of integrating themselves into the action. Their days of leaning of spokesman Gerry McNamara may be over. 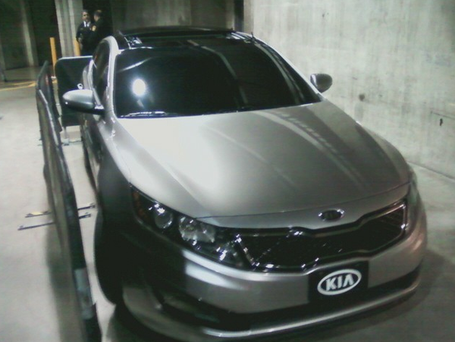 We kinda already knew this, but it takes something like jumping Korean automobiles to make us notice the dunk contest these days. It wasn't that long ago jumping from the foul line was the greatest thing we've ever seen. Now? Barely even the tenth-best thing we saw that night.

Kevin Durant scored 34 points in the All-Star Game. Along with Kobe's 37, the Elias Sports Bureau says this was only the second time that teammates scored at least 30 points in an All-Star Game. The other time? 1977, when Bob McAdoo and Julius Erving each scored 30 for the Eastern Conference.

Want to win a Three-Point Shootout? Play for the Miami Heat. A different Heat player has won the shooting contest in three of the last five years (Jason Capono in 2007, Daquean Cook in 2009 and James Jones this year).

Craig Sager saves his classiest, and somehow, most conservative suits for All-Star Weekend. I call this one Blue Blazer and this one Velvet Jones.