Why Would The Lakers Trade For Carmelo Anthony When They Have Ron Artest?

Share All sharing options for: Why Would The Lakers Trade For Carmelo Anthony When They Have Ron Artest? 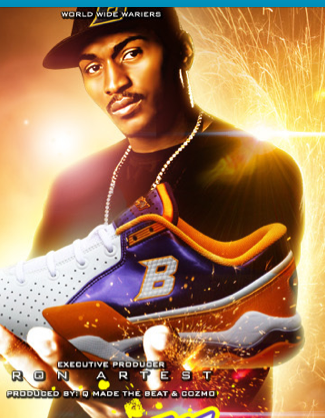 As rumors swirl that the Los Angeles Lakers have made inquiries into Denver about trading for Carmelo Anthony, it leaves any rational, objective observer with a simple question: Why? They might have to give Ron Artest in a Carmelo trade, and while that may bring some benefit on the court, can the Lakers really afford to give up on tru warier like this? 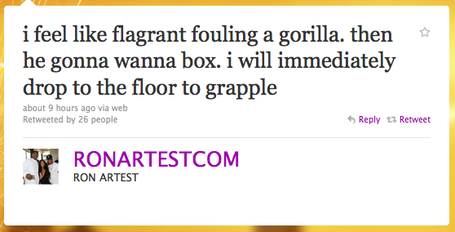 Just for a second, let's forget about basketball, and for God's sake, let's forget about any more Carmelo Anthony trade rumors. And let's just remember that Ron Artest is a national treasure. Delightfully insane and detached from any social convention, Ron-Ron is pretty much the best counterpoint ever to everyone that takes sports way too seriously.

If it looks like Ron Artest and talks like Ron Artest, most likely it's the only acceptable explanation for rooting for the Lakers. A while back I wrote an article about "How Athletes Could Be More Awesome", and one of the principal suggestions would be using their Twitter account to openly screw with their hundreds of thousands of followers. And isn't that exactly what Ron's doing here? 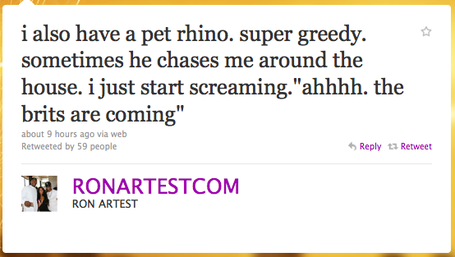 While everyone hangs on every word coming out of L.A. and debates whether or not the Lakers should try to put together a desperation deal for 'Melo, Artest seems to be pretty oblivious to all of it. And maybe that's the point, and Artest is a lot smarter than anyone has ever given him credit for. Either way, I say we go ahead and hang on his every word.

It may not make us smarter, but his glorious Twitter binge from the past 24 hours will definitely make you more entertained. And it's gotta be better than another Carmelo Anthony story, right?