Derrick Rose Leads Chicago Bulls Into Battle, Which Is All He Knows

Many have tried to attach values to Derrick Rose this season, but the truth is that what makes Rose special is being so wrapped up in basketball that he's suspended from our reality.

Share All sharing options for: Derrick Rose Leads Chicago Bulls Into Battle, Which Is All He Knows

The Chicago Bulls had just advanced to their first Eastern Conference Finals since Michael Jordan was their star, and their current star's face looked like one he'd have in a game in mid-February. As the Bulls polished off a 93-73 win over the Atlanta Hawks, Derrick Rose's expression was blank. He strolled to shake the Hawks' players hands, keeping the same poker face on that he plays with every minute of every game. It was so blank that when he went over to ESPN's Lisa Salters for the requisite postgame interview, Salters' first question was simple.

"Where was the big celebration?"

Salters was surprised that Rose didn't even show a little emotion. But she should have been more surprised by Rose's answer to her question.

"We're at a place we haven't been, so we're happy," Rose said. "The fans are happy, so we're just trying to keep things going."

We're happy? Based on that postgame scene, it sure didn't look like it. There is muted enthusiasm, and then there is what Rose looked like. In our world, he was expressionless. In Derrick Rose's world, though, what happened at the end of Game 6 on Thursday night was happiness. It just wasn't visible happiness or the same unadulterated joy LeBron James showed when he finally beat the Boston Celtics.

It just goes to show that Derrick Rose's world is very different than a world any of us truly understand. 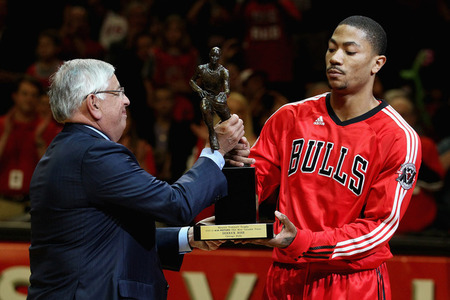 How did Derrick Rose rise to being the league's golden boy? The answer has everything to do with what we witnessed at the end of Game 6, but not in the way you'd expect. As Rose ran away with the 2011 Most Valuable Player award and led his team to a shocking 62-20 record after losing the big 2010 free agency derby, the NBA world has searched for adjectives to try to describe the phenomenon we all witnessed. For us, it wasn't enough to marvel at his brilliant on-court play and tremendous improvement. In the wake of "The Decision" and the union of LeBron James, Dwyane Wade and Chris Bosh, Rose now had to be something more.

These flood of superlatives allowed Rose to win the MVP in a way more lopsided vote than most expected. Bloggers love to bash the idea of narrative, but it exists because we want to try to understand what we're seeing. Without these superlatives, all we have are a bunch of men dribbling a ball and shooting it into a hoop. It's not compelling, even to those who live the game the most. So we craft narratives, and given Rose's incredible play this season, we had to craft a narrative around Rose.

Most of the time, the player starts to embrace the narrative. Kobe Bryant began reveling in his obsession and playing to it publicly. LeBron has been acting like the global icon we all see him as for years. Dwight Howard smiled when we wanted him to smile, then pledged to get serious when we wanted him to get serious. Chris Paul has accentuated his status as the savior of New Orleans. Kevin Durant has become the superstar next door, right down to making a freakin' backpack as his biggest marketing object.

Derrick Rose, on the other hand, has never embraced the narrative. When Game 6 against the Hawks ended, Rose either should have celebrated or explained why he didn't celebrate. He did neither. That's just one sign that the man is far more simple and insulated in the game itself than we realize. 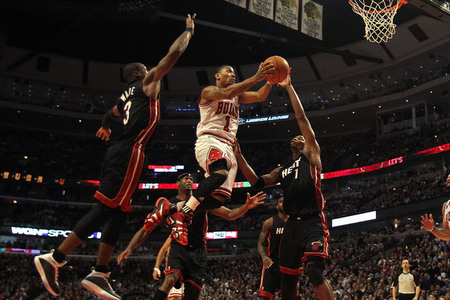 Derrick Rose practically defines the phrase "baller." It's an inside-basketball term people use that signify players who pay respect to the sanctity of the game. It applies only to what happens within the 94 feet of the court, because the sanctity of basketball is basketball. It's not about all the hype, the intangibles and the baggage that comes with basketball. No, being a "baller" means that you are doing something that makes people remember why they love the game itself.

Ultimately, being a "baller" means you have reached the perfect balance between fundamentals and style. In a micro sense, this means you've made the simple play look spectacular. Weaving through traffic while using your body to protect the ball, making a jump stop that allows you to cover ground without dribbling and exploding with strong power layup using the correct hand on either side is the kind of move a baller makes. Rose has made that kind of play so many times this season that it's impossible to count. Even Rose's most defining highlight -- a twisting left-handed layup on a fast break against both LeBron James and Dwyane Wade in a March game against the Heat -- could simply be broken down as a power left-handed dribble to shield Wade, a jump stop to cover ground and a strong power layup using the left hand on the left side of the rim to prevent James from blocking the shot.

But one can also be a "baller" in the macro sense, and it is here where Rose gets misunderstood. A "baller" in the macro sense is someone who's sole focus is on making sure he can be the very best he can be within the 48 minutes and the 94 feet of a game. A "baller" takes the fundamentals of life (hard work, self-reflection, being the best you can be) and channels them exclusively into something with as much "style" as basketball. Nothing else matters to a baller. His love of the game itself is so great that the only thing that drives him is the peace of mind of being the best baller he can be.

If you think about it, Rose embodies all of these traits. When he didn't make much of an effort to recruit James to come to Chicago last summer, it wasn't because he didn't want James; it was because that entire process existed too far out of the context of the actual game. Rose didn't have the time or energy to participate in the free agency derby. All he wanted to do was become a better basketball player. When Rose beats himself up even when we all think he played great, it's not because he's humble or has no ego, it's because he knows that ballers strive for perfect process, not perfect results. When Rose is the first to arrive and the last to leave, when he's doing everything his demanding head coach asks of him, it's not because he wants to be a good person; it's because he wants to use as many resources as he can to get better.

It's this insulation into the game, whether intentional or not, that makes Rose great. 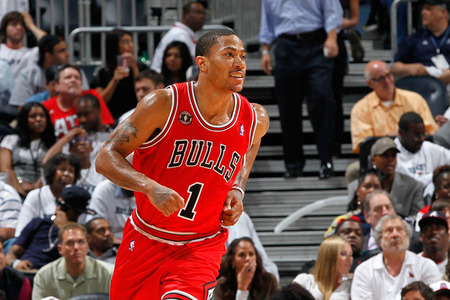 If you think about it, "ballers" like Derrick Rose are really simple people. They just love what they do and will do anything to be the very best at their craft. Every profession has those kinds of people that are so wrapped up in their craft that they are almost suspended from any other reality. Rose is just that person when it comes to basketball.

The problem is that nobody who has to write about Rose for a living can relate to him, myself included. It's not enough to simply say "he's great because he doesn't think like I do." No, we have to make him interesting and compelling for a wider audience. We do this by applying classic sports labels, which only go so far to describe Rose's artistic genius. It's not his leadership that makes him successful, because that's one of the very things he's struggled with throughout his career. It's not his "will to win" that does it, because he's so naturally quiet that coaches and peers everywhere have implored him to be more outspoken. It's not his lack of an ego that fueled his rise, because it takes a certain type of bravado to declare yourself an MVP candidate when nobody even thought to put you on the MVP radar at the beginning of the season.

No, what makes Rose successful is that while all of us are furiously trying to figure him out, he's in a gym somewhere working on his game. The storylines mean absolutely nothing to him, which explains why he can describe this Bulls-Heat Eastern Conference Finals series as "us against the world" even though the world hates the Heat. Maybe he doesn't know about the storylines, or maybe he knows and just doesn't care. Either way, that quality has fueled his stunning rise and makes him the ideal man to lead a franchise into a series where the storylines could potentially overshadow the games themselves.

Or, to put it another way, while all of us scramble to fill copy and create pixels, he'll be doing what he told Salters at the end of his interview after Game 6.

"That's up to the fans," Rose said about all the extracurricular stuff. "I'm just going to go out there and ball out."

Heat Vs. Bulls, NBA Playoff Predictions: Will Chicago Move On, Or Can Miami Triumph?