Share All sharing options for: Charles Barkley And An NBA Playoffs Anecdote That'll Break Your Heart

And for a long time, that's pretty much everything you heard about Charles Barkley.

Fair or not, he was the Dan Marino of the NBA. On Thursday, he was on Bill Simmons' podcast, and with one, simple story, he reminded everyone just how crushing it can be to come close and miss. After the jump, Chuck talks about losing out to Michael Jordan in '93.

You know, I'd always thought that I was the best player, to be honest with you. I always thought, Michael Jordan when he started winning, he just had more help than me. So, when I finally came to Phoenix, I had told the late, great Cotton Fitzsimmons, 'Hey dude, I'm the best basketball player in the world. We're going to the Finals.' And he said, 'That's why I traded for you.'

So, we actually got nervous before Game 1. We struggled. The pressure got to the guys on the team. I played decent, but then I think the other guys were nervous. So Game 2, I'm talking to my daughter.

She said, 'Dad? Are y'all gonna win tonight?'

And I got home that night, and my daughter was crying, and she said, 'Dad, y'all lost again.'

I said, 'Baby, I think Michael Jordan's better than me.'

She said, 'Dad, you've never said that before.'

I said, 'Baby, I've never felt like that before.' 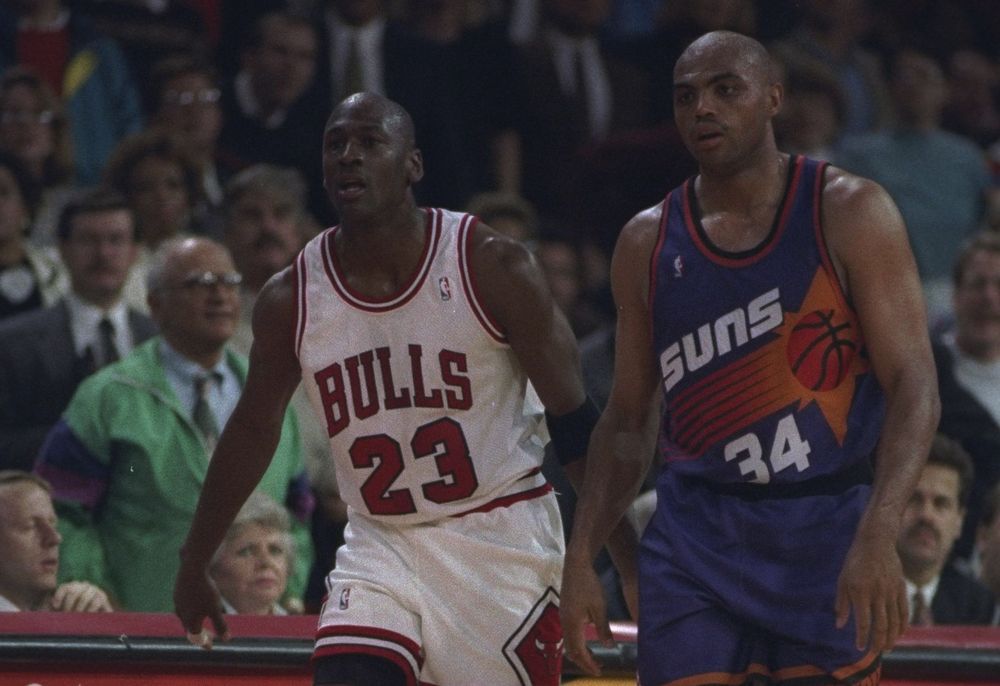 Chuck continues on to talk about the rest of the series and he does it with good humor, but when you hear a story like that, it reminds you what's at stake for guys like Dirk Nowitzki, LeBron James, Dwyane Wade and the rest of superstars putting everything on the line in the NBA Playoffs. No other team sport tests the will of individual superstars quite like basketball, and the NBA Playoffs is where that gets laid bare. So, yeah: Barkley's anecdote about failure may be sad, but it's also a reminder of why we love this stuff in the first place.

And of course Charles is the one reminding us.

He may not have won a title, but 20 years later, he's still larger than life, and lovable as hell.