Share All sharing options for: PHOTO: Mark Cuban's Bathroom Moment With Trophy Is 'Where Amazing Happens'

Yes, Mark Cuban took the Larry O'Brien Trophy everywhere after the Dallas Mavericks won the NBA championship on Sunday. Yes, that includes the bathroom somewhere, either in the arena or in the club. And yes, someone made the real photo of Cuban in the bathroom doing his business with the trophy in one hand into a parody "Where Amazing Happens" ad. 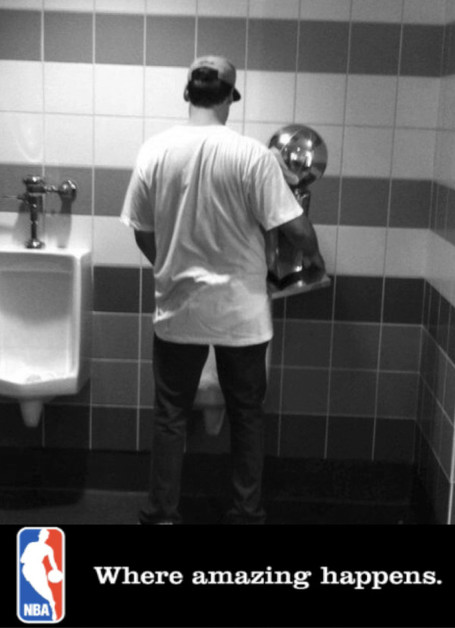 Courtesy of @AlexCohenPSU via Darren Rovell