Ron Artest has always been a little off-the-wall. Sometimes it makes for an entertaining sideshow and others it results in the Malice at the Palace, or whatever you want to call the brawl from years ago. His latest idea, however, certainly falls into the former category and will leave fans wondering where he came up with it and why he's going to such length to change who he is. Yes, Artest is changing his name, but instead of going the Chad Ochocinco route, he's altering everything -- first, middle and last.

On Aug. 26, Artest will be in court to petition a judge to allow him to change his name to "Metta World Peace." How he came up with the name is anyone's guess, but Artest wants to become a symbol for peace and love. His idea for the change has left the Los Angeles Lakers in quite the conundrum.

The Lakers confirmed Artest's proposed name change. They have not yet determined whether the back of his jersey will say "Peace" or "World Peace" next season.

Essentially, Artest is going to become the NBA version of this XFL legend, albeit with a happier message. 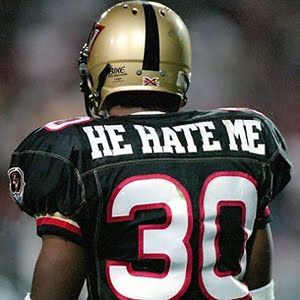