What's On NBA Team Websites Now That Lockout Is In Place?

Share All sharing options for: What's On NBA Team Websites Now That Lockout Is In Place?

As we noted before, the NBA has ordered the removal of any content from team websites that references any players during the NBA lockout. This caused NBA.com to look like a barren wasteland on Thursday night. But what has it done to NBA team websites? Below the jump, a look at what all 30 have resorted to with the lockout officially in place. 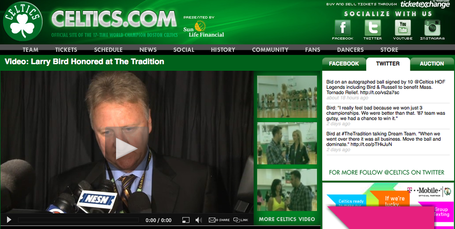 Boston Celtics: The nice thing about the Celtics is that they have tons of legends they can write about. So naturally, the lead story is a video interview with Larry Bird. The only weird part is that Bird is under contract as the Indiana Pacers' team president, and yet he's the leading face on another team's website. Lockout! Also, there are dance audition stories. 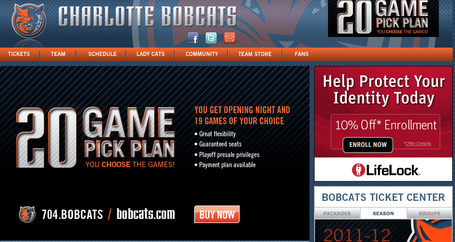 Charlotte Bobcats: Oh no, not this. That's unfortunate. 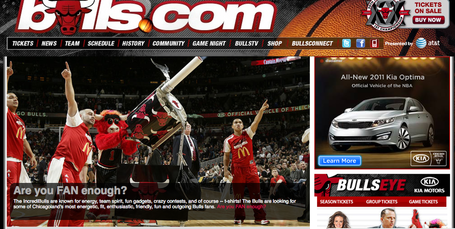 Chicago Bulls: Couldn't they have at least queued up their "Catching Up With Luc Longley" feature immediately? 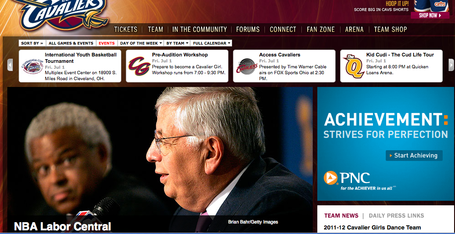 Cleveland Cavaliers: Nice and simple, with no mentions of new Cavalier Omri Casspi. That was a quick window for that news to be visible. 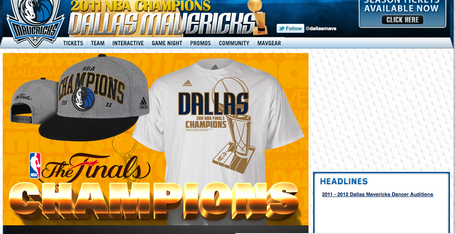 Dallas Mavericks: Rub it in a little more, guys.

Denver Nuggets: That picture is a feature about a Kentucky Derby party. Old content at least beats no content. 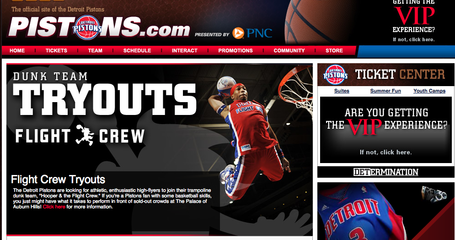 Detroit Pistons: Oh, so that's where Chris Wilcox went. Awesome. Also, there's a video of Dennis Rodman being drafted by the Pistons that is worth watching. 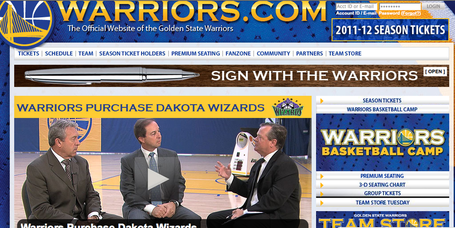 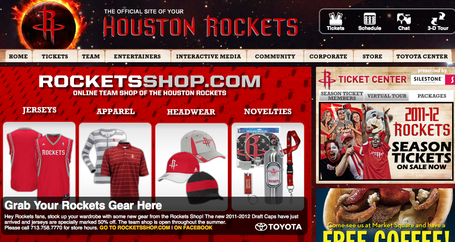 Houston Rockets: As you may have guessed, the team store is still selling jerseys with player names on the back. 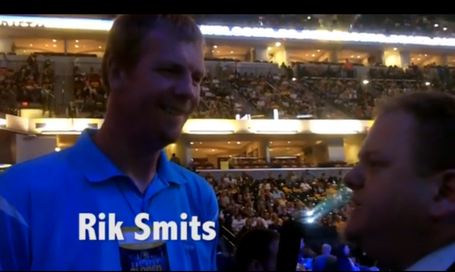 Indiana Pacers: There's not much on the main page, but if you scroll down, there's an interview with Rik Smits from draft night. Woo! 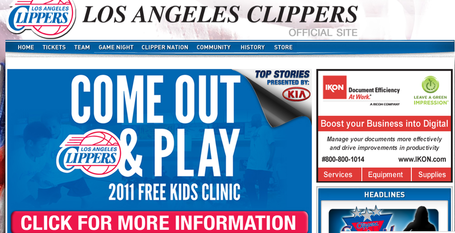 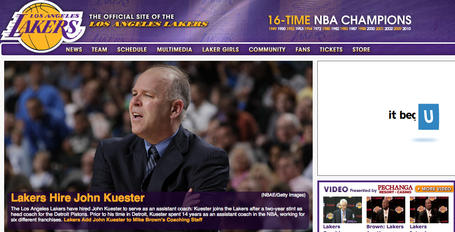 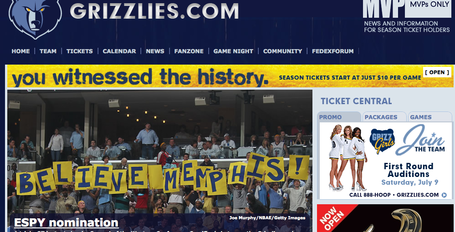 Memphis Grizzlies: The lead story is about how the triple-overtime Game 4 vs. the Thunder in last year's playoffs was nominated for an ESPY. The Grizzlies lost that game. 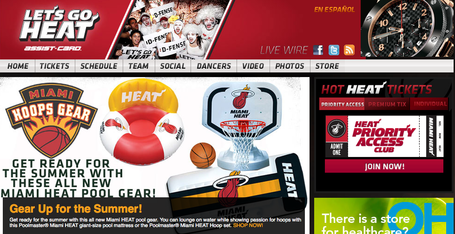 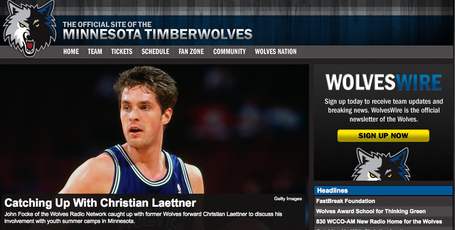 Minnesota Timberwolves: I can think of maybe five people in the entire world who want to catch up with Christian Laettner, and none of them reside in Minnesota. 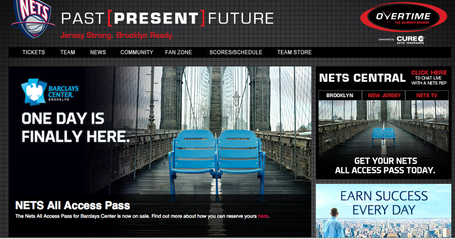 New Jersey Nets: Hey, let's put two seats to a horrible basketball team on a bridge. People will love that! 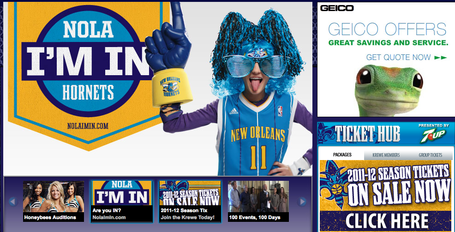 New Orleans Hornets: Presented without context, this is a fun thing to photoshop. 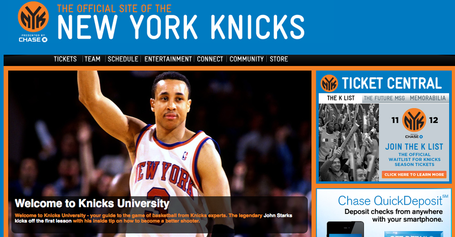 New York Knicks: Future installments of this include "How To Intimidate A Rookie, By Charles Oakley," "How To Use U-Stream, By Stephon Marbury," "How To Stay Out Of Shape, By Eddy Curry," and "How To Make Friends With Your Boss While Being Horrible At Your Job, By Isiah Thomas." 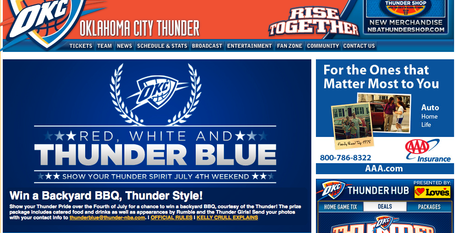 Oklahoma City Thunder: If I lived in OKC, I might actually go to this.

Philadelphia 76ers: Might want to tone it down on the ticket promotions, guys.

Phoenix Suns: Well, at least that headline will get people to click on the story. So there's that. 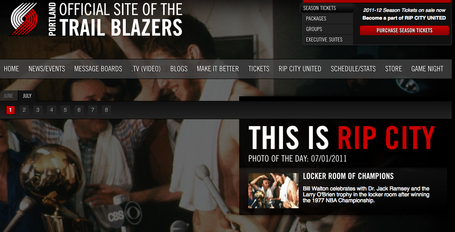 Portland Trail Blazers: In every other part of the world, the year is 2011. In Portland, it is always 1977. 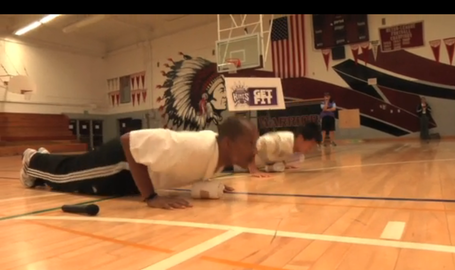 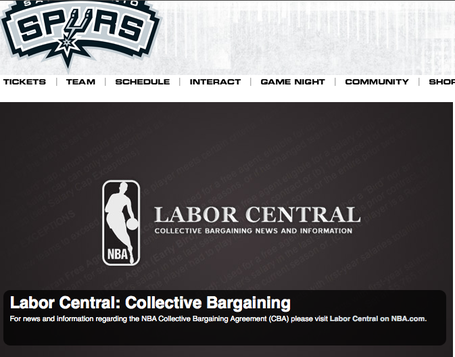 Utah Jazz: Instead of something on John Stockton or Karl Malone, we get something on Delaney Rudd. This actually interests me. 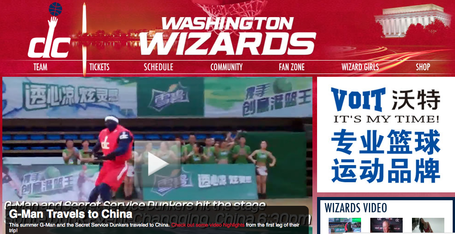 Washington Wizards: I approve, only because "G-Man and the Secret Service Dunkers" is a hilarious name for a mascot and his team.