The Washington Wizards And The Great Dunk Debate Of 2012

Share All sharing options for: The Washington Wizards And The Great Dunk Debate Of 2012

If any NBA player was going to throw an alley-oop to himself and get viciously posterized all in the same game, it was going to be Javale McGee. The only way it could be more perfectly Javale would be for his team to lose by double-digits (check) and for his coach to complain about his maturity (check!).

So let's read about the Great Dunk Debate of 2012 after the jump. And remember, these conversations only happen on horrible, horrible basketball teams. Speaking of which, Flip Saunders! 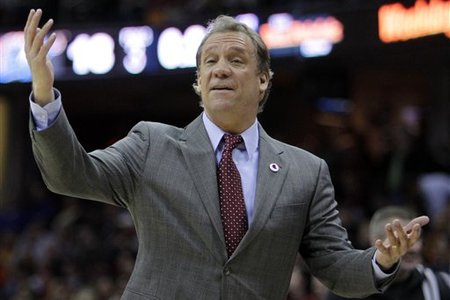 "Maybe I'm too old-school, but you see that and the [lobbying] for the All-Star Game, that right there is where we have to get to where we identify with meat and potato basketball. Playing hard, setting screens, playing the right way, and not highlight-type play. We've said this many times. We have some players that look for highlights instead of substance."

And now here's John Wall, who sides with Saunders. 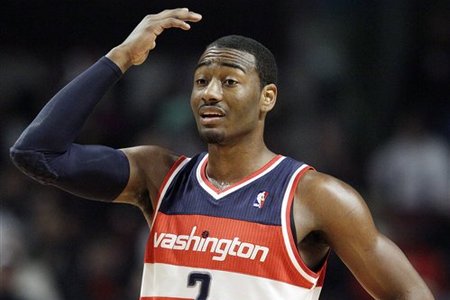 "A dunk is a dunk. It would have been better if he went in and did a regular dunk. We're 1-11. There was no point in doing that. I know he was excited, but if we make a basket, that's all that counts." 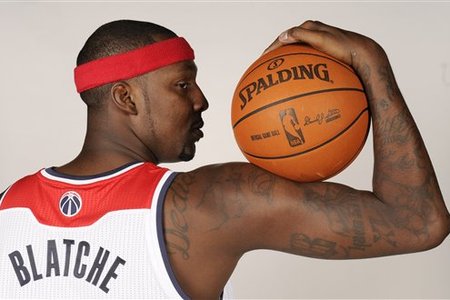 Nick Young, who's not afraid to stick up for his teammate. 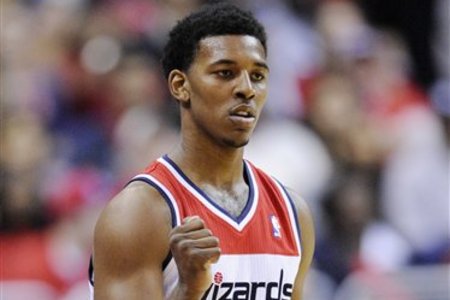 "Good for him, being that brave to even think of doing that. That’s JaVale McGee. He can jump out the gym. That’s a good way to get him going by dunking. That gets his offense going, makes him start blocking shots," Young said. "To me, I don’t know. I think we supposed to have fun. You have fun. You play well, you play better. I know that’s the type of person JaVale is. You can’t really cage him, go back to the old ways. I see a change and he’s playing great. I want to keep his head right, keep him on the same page."

And finally, there's Javale, himself. 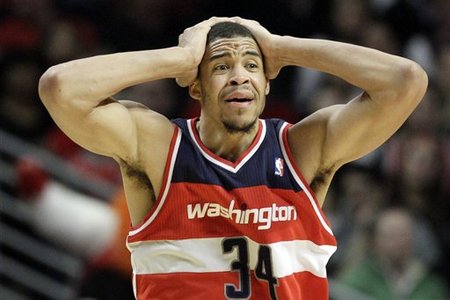 "Apparently, if you get a fast break and you throw it off the backboard in the third quarter and you're 1-11, you're not supposed to do stuff like that..."

For the record: Throwing yourself an alley-oop off the backboard is pretty much the coolest, and any of us would do it all the time if we could. So you can't be that mad at Javale for the dunk.

The atrocious defense and uneven play that led to him getting benched in the fourth quarter... That's another story. But we're not talking about that, because nobody on the Wizards is. Instead we're watching an argument over a meaningless dunk that happened somewhere in the third quarter, where everyone pretends that maturity is the problem with Epic 'Vale and the Wizards.

Yeah, if only Javale would play "meat and potato basketball" like Flip Saunders wants... This, my friends, is why they are the laughingstock of the NBA. But you gotta admit, they keep us entertained!