Dwight Howard, Kevin Durant and the best NBA odds in 2012

This week, Las Vegas released awards odds for the new NBA season, including handicaps for the MVP race, the rookie of the year and the scoring champ. Let's find the best bets on the board.

Share All sharing options for: Dwight Howard, Kevin Durant and the best NBA odds in 2012

The NBA is almost back, and the player props for 2012-13 were released Wednesday afternoon, giving us a perfect excuse to start looking ahead to the NBA new year. Who are the MVP favorites? Who are the Rookie of the Year dark horses? Will Carmelo Anthony lead the league in scoring? How spectacularly disastrous will Andrew Bynum be in Philadelphia?

Sadly there's no way to bet on that last one, but as for the rest, let's find out!

You can find the full odds listing over at Bovada, and below, we choose three favorites in each category.

Harrison Barnes 12/1 -- BLACK FALCON LIVES. Nobody took more heat after last year's NCAA Tournament, and I was one of the louder critics. But his game does fit in well with the rest of Golden State's roster, and he's more NBA-ready than any other wing player in his class. He should be starting by day one, he won't have to carry the offense all by himself and if the W's surprise people, 15-point-scorer Harrison Barnes will probably be a big reason why. He should probably be the second-biggest favorite in this category, so 12/1 is a nice bargain. 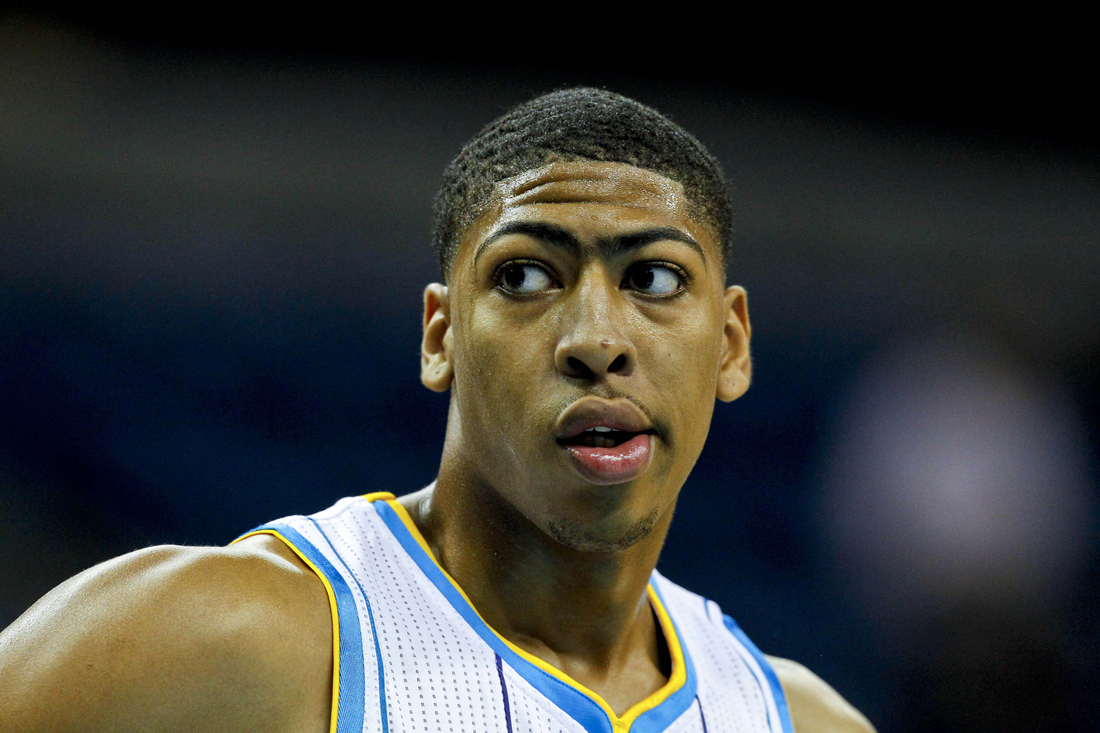 Kevin Durant 1/1 -- KD's won three straight scoring titles, and with LeBron turning over a new leaf after the 2012 Finals, it looks like this race is Durant's to lose for like, the entire decade.

LeBron James 2/1 -- Not a good pick, but only because we'll be getting Finals LeBron for the entire year -- dominant with passing, defense, and rebounding as opposed to scoring 30 points a game. This makes him even MORE unstoppable, which is both fun and terrifying.

Kevin Love 20/1 -- There's no way Kobe will average 30 all year, Wade won't get enough shots, Dirk's not going to suddenly make it 2004 again, and... That leaves Love, who is A) still pissed off that David Kahn lowballed him this summer, and B) absolutely capable of averaging 30+ in that souped-up Minnesota offense. Twenty to one for the second best bet on the board isn't bad. Man, this sucks.

Carmelo Anthony 6/1 -- Only if Mike Woodson finally plays him in the post all year. So probably not.

Dwight Howard 3/2 -- Kevin Love is the favorite even though Howard outrebounded him last year (14.5 to 13.3), but it's time for the NBA to remember that Howard's the most dominant big man of his generation. Nothing makes that point clearer than how effortless Dwight makes 15 rebounds per game look.

"No, it wasn't [positive]," Cousins interjected unapologetically. "No."

During the week in which the select squad played against the Olympic team as training for the London Olympics, Cousins drew criticism for being too physical in scrimmages. Colangelo told reporters that Cousins "has some growing up to do." Cousins later approached Colangelo to discuss their rift.

"I didn't enjoy it," he said of the experience. "I went out there, and ... I'm not going to say I didn't learn anything from it, because I did. But it was just, in my mind, another political battle. I learned more about politics. I saw the work ethic of the so-called elite in the league, and I took some notes from that and took that back with me. But as far as the rest of it? No.

Yes yes, Dwight Howard. BUT ... DMC averaged 11 boards last year and should get better naturally, AND he's got that gigantic chip on his shoulder. This year will either be a triumphant middle finger to USA Basketball that makes Boogie an All-Star or an ongoing disaster that proves Colangelo's point. 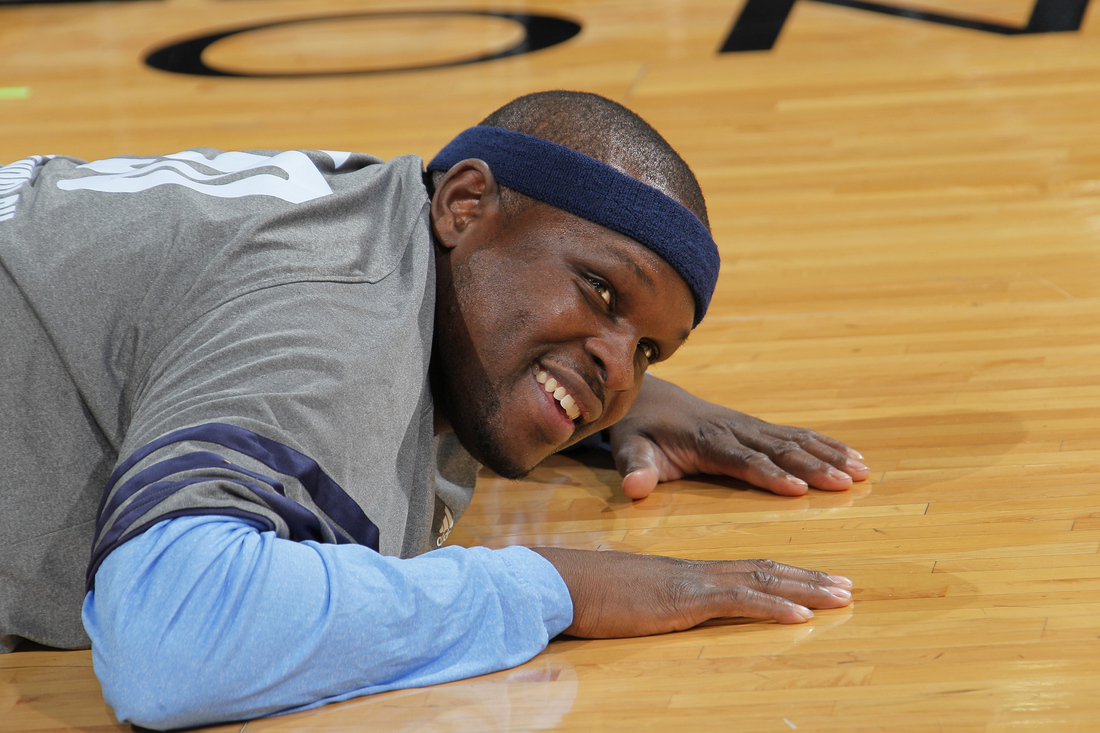 Steve Nash 17/4 -- Somehow he's behind Deron Williams and Rajon Rondo, which ... come on. Nash has spent the last two years making guys like Jared Dudley and Marcin Gortat look like solid offensive players. There's no way he's averaging anything less than 13 assists playing an entire season with Howard, Pau Gasol and Kobe Bryant. We don't even need to discuss anyone else.

LeBron James 9/5 -- We've entered the phase of LeBron's career where everyone knows he's the best player on earth, and it's just a given that everyone unofficially decides to exclude him from the MVP voting. It's like Shaquille O'Neal 10 years ago or Michael Jordan in his prime. Voting for LeBron just isn't fun anymore. It's hard to imagine him winning without averaging a triple double.

Deron Williams 25/1 -- A longshot, but not THAT much a longshot. The Nets will be front-and-center all year long, and if Williams goes back to being the player that averaged 19 and 11 for the '09-10 Jazz -- the one who was every bit as diabolical as Chris Paul -- then Brooklyn will be twice as good as anyone expects, and D-Will's MVP case will be impossible to ignore. I'm not saying we should bet on this happening, but the odds are more like 10/1, not 25/1.

Chris Paul 20/1 -- This is almost seems like a misprint. He was runner-up in last year's awards column "for turning a half-assed Clippers roster into a four seed in the crowded West, and also because he's done it while playing with two of the most one-dimensional offensive players in the league (Blake Griffin and DeAndre Jordan), a coach who's essentially clueless (V-D-N! V-D-N!) and a franchise atmosphere that was poisoned for decades before he got there. CP3's presence changed all that."

This year will likely be more of the same, except the Clippers should be deeper, healthier and just plain better. So why 20/1? If the Clips fight their way into the West mix as the darkhorse alongside the Oklahoma City Thunder and the Lakers -- and they absolutely could -- then how does CP3 not win it this time around?

The only way these odds make sense is if you think that neverending speculation about his free agency will hurt him with MVP voters. And ... actually, that's a pretty great point. If he doesn't sign an extension, the CP3 speculation will be every bit as inescapable as Dwight and Melo the past two years, and MVP voters will take it out on Paul.

Never forget: Las Vegas is smarter than us, and if you're looking for an MVP this year, go with Velvet Hoop.