David Stern will retire: Answering some questions about the future and the past

David Stern announced Thursday that he will step down as NBA Commissioner in February of 2014. Now, let's answer some questions about where we go from here -- and where we've been.

Share All sharing options for: David Stern will retire: Answering some questions about the future and the past

This morning, CBS Sports' Ken Berger sent an ominous note from the NBA Owners' meetings. "CBS Sports has learned that a target date for David Stern's retirement has been a major topic in owners' meetings the past two days in NYC. Multiple league sources say a specific retirement timeline and succession plan are being seriously discussed."

A few hours later, Yahoo!'s Adrian Wojnarowski broke the news: NBA Commissioner David Stern will officially step down on February 1st, 2014. So that's how it happened. That's how we found out the most successful commissioner of all time was leaving the NBA. Now, we're left with a handful of questions.

Will Stern retain control of the NBA for the next 18 months?

He will. Not only that, but I guarantee that even when he's retired, there will be myths about him pulling strings behind the scenes. Because he's David Stern. The myth is twice as imposing as the man.

But anyway, today's announcement changes nothing for the immediate future. Stern will remain in charge, full of all the withering putdowns and cryptic interviews and stupid league-wide edicts we've come to know and love.

Who is taking over when Stern steps down? 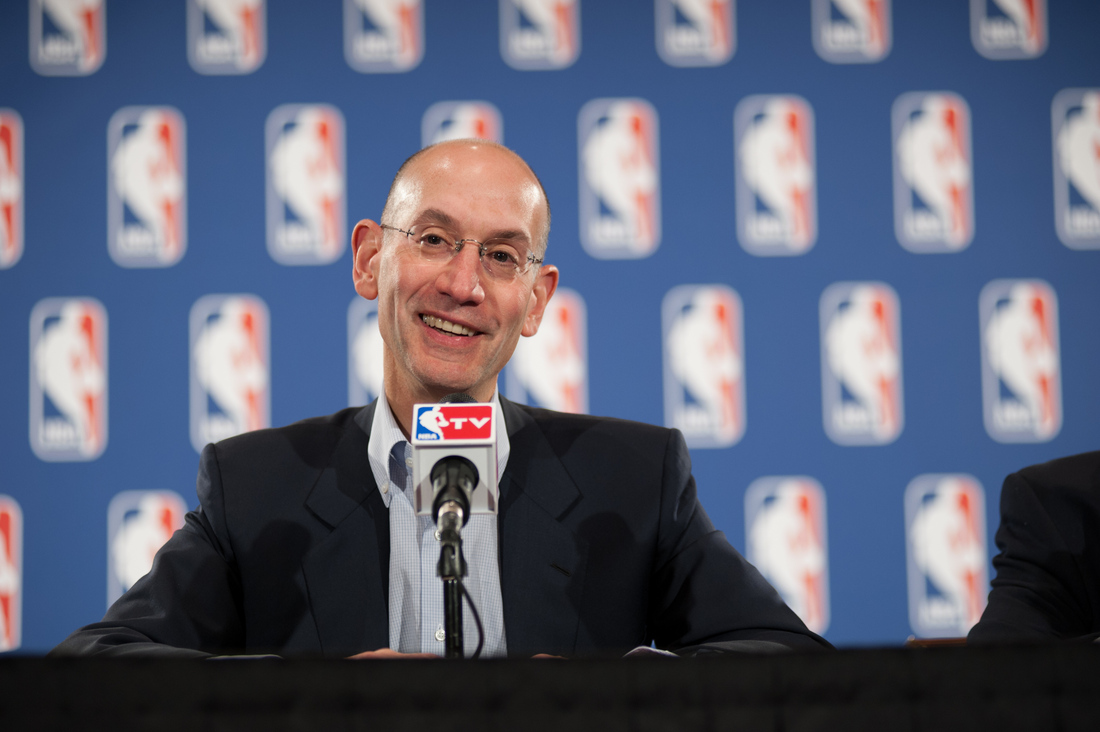 That would be Adam Silver, the NBA's Chief Operating Officer since 2006, and Stern's right-hand man over the same span. Silver's been involved with the NBA for 14 years, and began his stint as a vice-president and then president of NBA Entertainment. Prior to joining the NBA, he was a lawyer. (Also: He went to Duke, which is either meaningless or deeply troubling depending on your levels of sanity and emotional stability.)

Will the NBA change with Silver?

Probably not. At least not until 2017, when owners and players have an opt-out option in the CBA, and we could very well see another NBA lockout. THEN we will learn about Adam Silver. Until then? This is the guy who has done Stern's bidding throughout arguably the most controversial years of Stern's tenure, and Stern handpicked him as successor. It's hard to imagine the apple falls very far from the tree in this case.

Stop getting ahead of yourself.

Okay then, back to Stern. Was Worldwide Wes involved with this?

Of course he was. We don't know how, but he was.

Were the owners pushing for Stern to step down?

That's the biggest question here, and we don't know. The answer -- via all kinds of wonderful off-the-record quotes in Woj columns -- should be fascinating in the next few days.

So, wait: Was all this a surprise?

YES: There was no timetable for an announcement, and after weathering the storm of last year's lockout, Stern seemed to be in better spirits than ever at the end of last season. What's more, the man has been inseparable from the NBA for three decades. No matter when he announced his departure, it was going to be shocking. We have 18 months to let this sink in, and even then, it still won't feel totally real.

NO: As I wrote after his "State of the NBA" press conference at All-Star 2012:

...you sorta got the feeling that whether he's the best or worst, Stern's not sticking around for much longer. He reiterated his promise that he won't be around to negotiate the next CBA, he openly endorsed Adam Silver as his successor, and deferred to Silver more than ever during the press conference. Even when he did answer, he just seemed bored. Not the usual detached, bemused Stern. Just bored, and going through the motions.

Beforehand, when a full room of reporters sat anxiously waiting for his arrival, someone in back of me said, "Jesus it's like we're waiting for the President." Afterward, as we all shuffled out, someone else said under his breath, "He really might be on the way out ... I've never seen him like that."

Stern's done everything any commissioner could hope to do, and then multiplied it tenfold. He's 70 years old, he can't do this forever and he truly has nothing left to accomplish.

His resume -- especially over the past decade -- includes some egregious mistakes that cost him popularity and trust, but in fairness to Stern, he's also done a nice job at bouncing back from each PR crisis and looking better than ever. No public figure since Bill Clinton has been so incredibly bulletproof through scandals, and this comparison is 100 percent serious.

Why did Stern choose February 1st, 2014 as his retirement date?

Because February 1st, 2014 marks exactly 30 years since the day he took over as NBA Commissioner. Whether you love Stern or not, you have to admit that's a pretty ballerific exit plan.

Does David Stern beat his wife?

Oh man, we're already getting nostalgic. Time to wrap this up.

Well, we have 18 months, and -- after literally taking the NBA from tape delay to prime time, cleaning up the league's drug issues, presiding over the '80s glory days, maybe-possibly fixing the '85 lottery, negotiating a slew of major media deals that ushered in even more prosperity, taking Michael Jordan and turning the NBA into a global sensation with some of the most marketable stars on the planet, engineering the 1998 lockout and jeopardizing all his '90s progress, suffering through the post-Jordan years and the Tim Donaghy scandal, co-signing the Sonics departure, instituting the NBA's paternalistic dress code, engineering a second lockout, vetoing the Chris Paul trade and still walking away with the NBA more popular and lucrative than ever -- that will be a fun conversation.

The one thing you can say about David Stern as NBA Commissioner: It's never been boring. 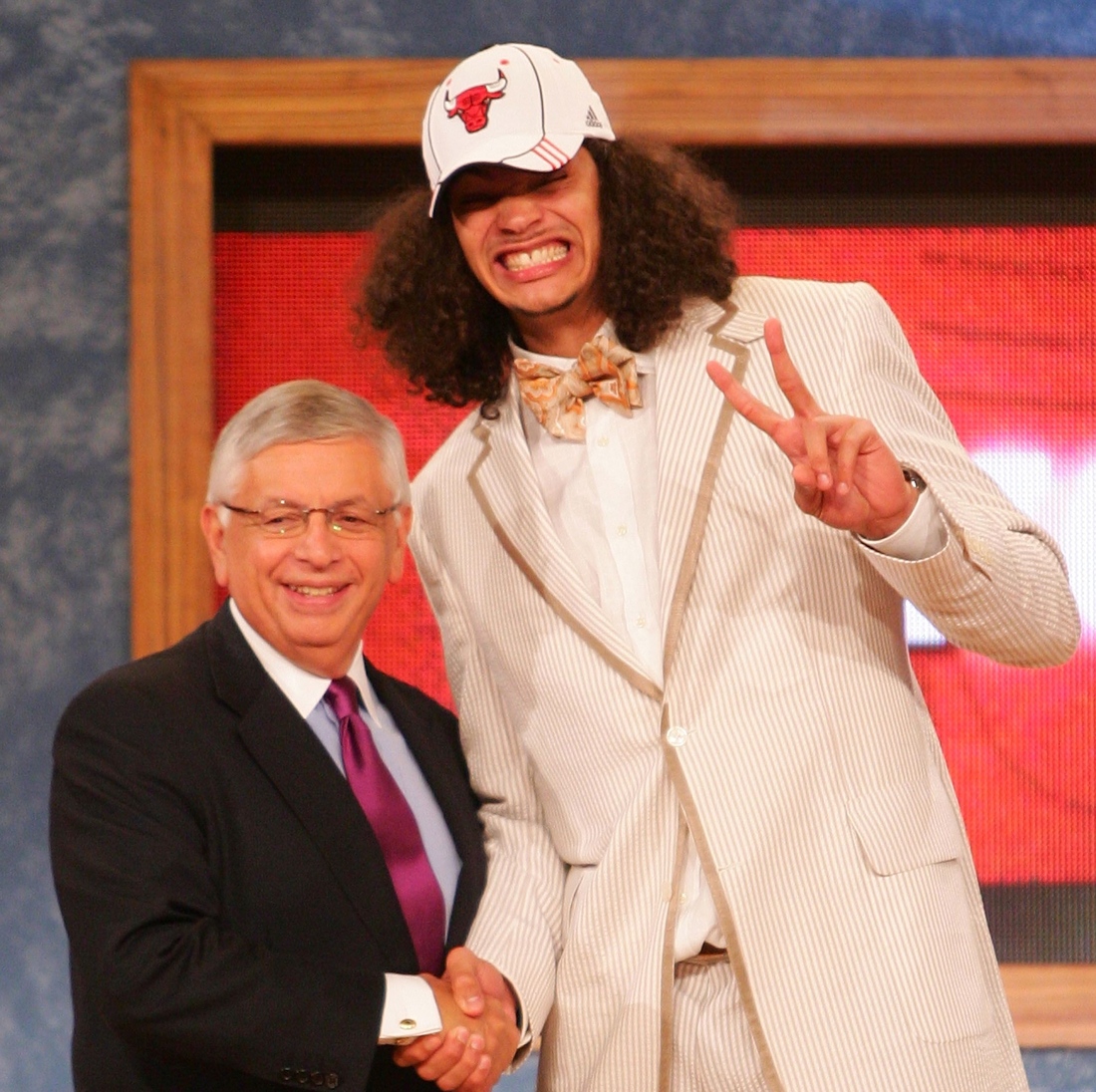