THE LIST: 37 reasons Rasheed Wallace would be the greatest President ever

The List returns, and it's Election Day in America. Who should you vote for in 2012? Just like any other year, there is only one acceptable answer. Rasheed Wallace deserves your vote this year and every other year until the end of time. Here's why.

37. Shouldn't every President wear a headband to the State of the Union?

36. "When Rasheed walks in," said Erroll Reese, an organizer of the Greater North Carolina Pro-Am, "everyone's all like, 'Sheeeeeeeeeeed.' You'll see." This will happen in the House of Representatives someday. You'll see.

35. He would curse out Ann Coulter on National TV.

33. His bald spot is shaped liked the Oval Office. It's fate.

32. Everything Obama's done with Jay-Z, Rasheed would do with Redman.

31. On Knicks fans going crazy this past weekend: "It's all part of the dog and pony show."

27. A note from a UNC-Duke recap last year: "...the Carolina players wanted to run into the locker room without shaking hands (who can blame them, really?) and Rasheed Wallace, of all people, was instrumental in forcing them to come back." Leadership in action, y'all.

26. When he and his Pistons teammates had the chance to meet George W. Bush in 2005: "I don't have shit to say to him. I didn't vote for him. It's just something we have to do." Anyone who refused to speak to George Bush is OK with me.

25. "I refuse to enhance his heightened sense of deprivation by publicly debating with him," David Stern once said in response to a Rasheed Wallace rant. Anyone who enrages David Stern is OK with me.

23. Zach Randolph and Bonzi Wells would visit the White House at least once.

22. Every cabinet member would get WWF-style championship belts.

21. The President of the United States would spend roughly 80 percent of his days in cut-off sweatpants and Air Force Ones.

20. Sheed once yelled "shovel this man off the floor" after Vince Carter went down with an injury. It has nothing to do with his Presidential credentials, but still.

19. Once said of NBA refs, "These cats are felonious, man." Can't wait for him to explain Wall Street to the rest of the country.

18. On handling success: "It's K.I.M. You gotta keep it moving. Once you stop, you gonna get stuck." Is he talking about basketball or American industry in a global economy?

17. On his MTV Cribs episode, it was revealed that Sheed installed a urinal in his master bathroom. THIS MAN BELONGS IN THE WHITE HOUSE.

16. We could bring back FDR's fireside chats, and every Sunday the entire country could listen to Rasheed Wallace Explain The World.

13. E Pluribus Unum would be replaced by C-T-C.

12. He would achieve world peace within the first five days of his term.

In Summary (All Actual Quotes)

10. PERSPECTIVE: "Pressure? This isn't pressure and this is not pain. Afghanistan, Iraq and that other place, Croatia and Bosnia - now, that is pressure. This ain't nothing but a little hoops."

9. LEADERSHIP: "Let's go out and play like we're Chicago on NBA Jam."

8. HONESTY: "I never dressed up [on Halloween]. Nah, we used to snatch bags from kids that did dress up."

6. BUSINESS SAVVY: "As long as somebody CTC, at the end of the day I'm with them. For all you that don't know what CTC means, that's 'Cut the Check.'"

5. INDEPENDENCE: "I say what’s on my mind, speaking my freedom, and I get fined for it. It’s a catch-22 with that shit, man. See, they think they can control people with money. Everybody don’t live like that." Seriously. Can we please elect this man President?

4. Jingle Bells (Remix) would be the new National Anthem.

3. We'd have the best Presidential Addresses of all time. 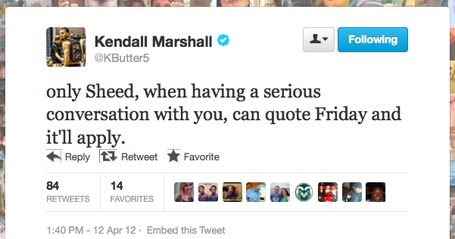 2. "Ball Don't Lie" would be grandfathered into the Constitution.

1. And ... President Rasheed Wallace. How can anyone in the world oppose this? 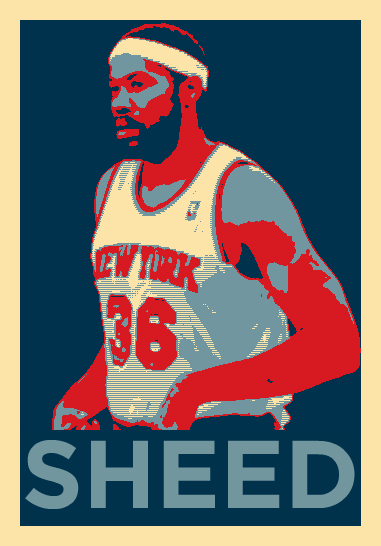 (Thanks to the Best Website Ever for source material, as well as Free Darko)