LeBron James 2012: A retrospective on the King's amazing year

With an MVP trophy, an NBA championship and an Olympic gold medal, there was no question that 2012 was the NBA's year of LeBron James. This collage of photos, videos and quotes takes you through King James' year.

Share All sharing options for: LeBron James 2012: A retrospective on the King's amazing year

LeBron James' 2011-12 season began sitting in a locker room in Dallas as the Mavericks raised their championship banner, the one that had come at the expense of the Heat seven months prior. Beginning that night and all season long, LeBron and his Heat beat down just about everything in sight.

LeBron scored in double figures in every single game he played in 2012. He's won nine Player of the Week awards, including six in the 2011-12 season. He won two of the four conference Player of the Month awards. He averaged 27 points, 8 rebounds and 6 assists and led the Heat to a 46-20 record, good for the No. 2 seed in the East.

As a result, LeBron wins his third MVP award.

Miami knocks off the Knicks and Pacers in the first two rounds of the playoffs. They face LeBron's old nemesis, the Celtics, with another bid to the Finals on the line. The Heat go down 3-2. Adrian Wojnarowski, Yahoo! Sports, June 6:

All along, they believed this would be easy, that the NBA would lay down for them. Two years ago, they believed this resembled Team USA, that most of the league would crumble like Angola to them. Now, they lose a Game 5 to the Celtics, a team they've had every chance to discard, and here's how LeBron James talks about one more playoff night, when the Heat couldn't match the Celtics' resolve, execution and championship character.

"We played good enough to give ourselves a chance to win," James said. "That's all you can ask for."

In what universe is that all the NBA's three-time Most Valuable Player can ask for? To play well enough for a chance to win?

LeBron has one of his best games ever as the Heat win Game 6.

LeBron drops 31 and 12 to beat the Celtics in Game 7 and get back to the Finals, where they'll face Oklahoma City. James quoted by SI.com: 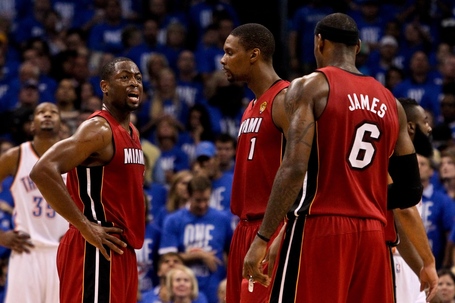 Kevin Durant comes to these moments cleansed of original basketball sin, burden free in the biggest moments. He doesn't come to these fourth quarters chasing demons and ghosts and failures on an arduous climb to a championship. Everything moves so smoothly, so swiftly, those endless arms and legs unfolding in perfect symmetry. Fourth quarter, the ball comes to him and the best young scorer in basketball is still searching for the superstar to beat him. The stakes rise, defenses stiffen and, still, Durant unfurled the fabulous, full treatment on LeBron James and these Miami Heat. 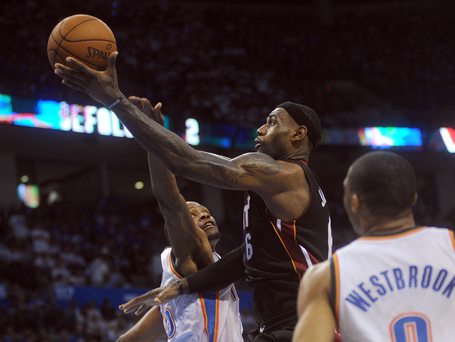 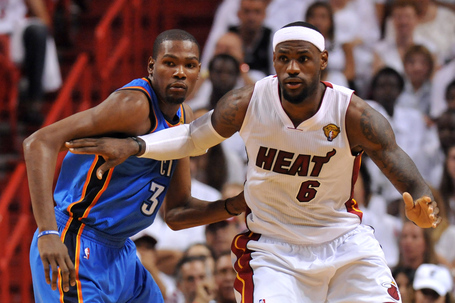 The Heat win Game 3 in Miami behind LeBron's 29 points and 14 rebounds. 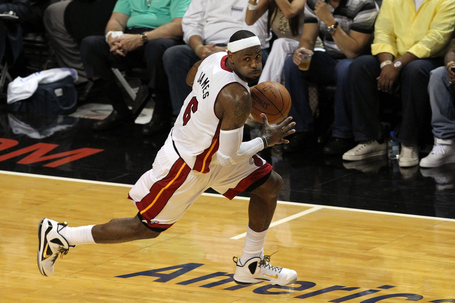 The Heat win Game 4. This time, LeBron goes for 26 points, 12 assists and nine rebounds. He's carried off the court with cramps in the fourth quarter, but returns to finish the game. 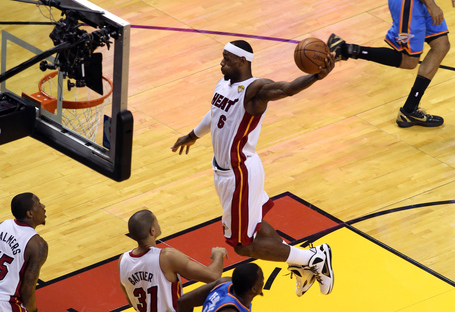 Up 118-96 in the championship clinching Game 5, LeBron comes out of the game to a standing ovation in Miami. He recorded a triple-double: 26 points, 13 assists, 11 rebounds. 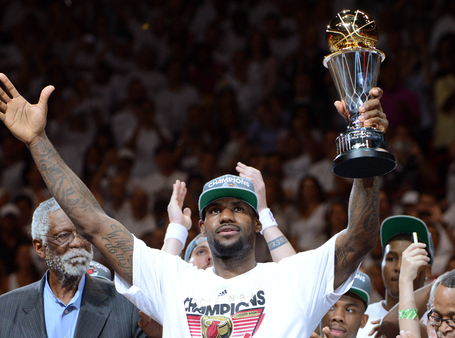 The rehabilition of LeBron James as a public figure truly begins.

Fate did LeBron James the most magnificent favor, forcing failure upon him a season ago, leaving him humiliated, hurting and hurtling into despair. That championship would've been met with shrugs and so-whats, a resentment rising out of the way these Miami Heat were assembled, the clustering of stars on a smoke-filled stage promising an unprecedented dominance. Too fast. Too easy. Failure was the greatest thing to happen to his career because it changed the prism with which the world viewed James, and most of all, the way LeBron James viewed himself. 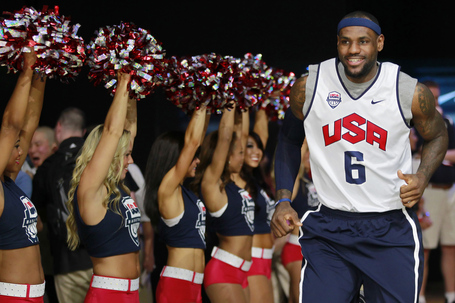 LeBron gets a medal. 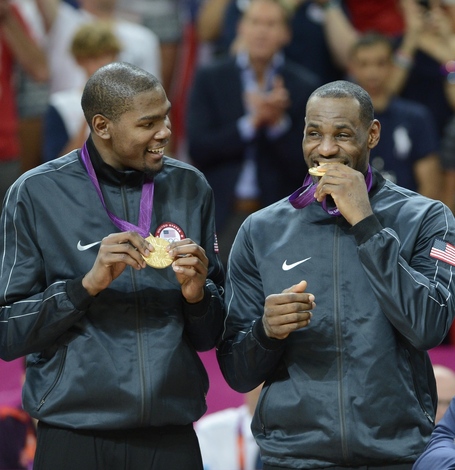 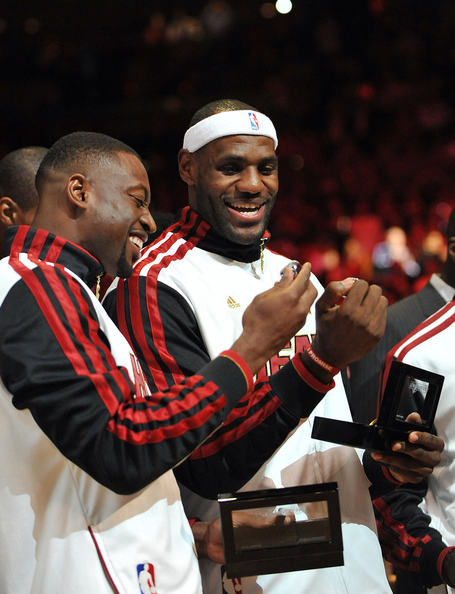 The Kings gets his ring.

Life is good for LeBron. 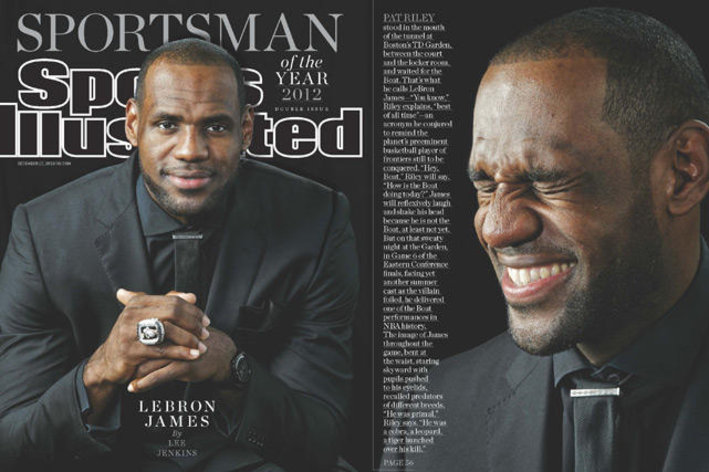 All photos by USA Today Sports with the exception of the SI cover, which is via SI.com.