The Heat, The Thunder, And A Whole Hurricane Of Awesome

Kevin Durant scored 51 points to lead the Thunder, LeBron James and the Miami Heat destroyed their rivals in Orlando, and Sunday offered a reminder to the NBA. Linsanity aside, nobody's touching the Thunder and Heat.

Share All sharing options for: The Heat, The Thunder, And A Whole Hurricane Of Awesome

No matter what happened later in the day, it would have been next to impossible to top Jeremy Lin and the Knicks on Sunday. Lin is already the biggest story in sports, and as we said last week, what makes him so incredible is that he keeps exceeding the hype. Next to New York we had two known quantities playing: The Oklahoma City Thunder and the Miami Heat

We know what to expect from those two, at least for now. Any hype they get can't be answered until playoff time, and even then, if they don't win a title their season will be looked at as a failure. But while everyone waits for May and June and looks toward Lin in February, the Heat and Thunder have quietly been blowing the doors off the rest of the league.

Miami's won nine of 11 games in February and only one of those wins has been closer than 10 points. Sunday, Orlando that felt the wrath of the Heat, to the tune of a 12-point loss that was a 20-point game late in the fourth quarter. LeBron James had an effortless 25 points, 11 rebounds, and eight assists, and Dwyane Wade added 27 points. Udonis Haslem had 10 points off the bench. And from the second quarter on, the game was never close.

That's how most of their season has gone. Save for the occasional aberration, the Heat haven't just beaten people, they've run them off the court. They lead the league in offensive efficiency (107.4) and they're tied for first in point differential (+9.1). They've got the deadliest fast break in the NBA, Wade and LeBron have been dominant all year, and even Chris Bosh is chipping in whenever they need it.

The best example came last week. On the third leg of a back-to-back-to-back, the Heat were playing in Indiana, against a Pacers team desperate to prove themselves against the best of the best. The result? A game that was over by halftime, and a 15-point win that belies the 35-point lead Miami had in the fourth quarter. It was a massacre.

After playing under a microscope for nine months last year, nobody seems to notice that the twisted science experiment in Miami is finally working. Their run through last year's Eastern Conference playoffs has carried over to the regular season, where everybody looks a little hopeless by comparison. 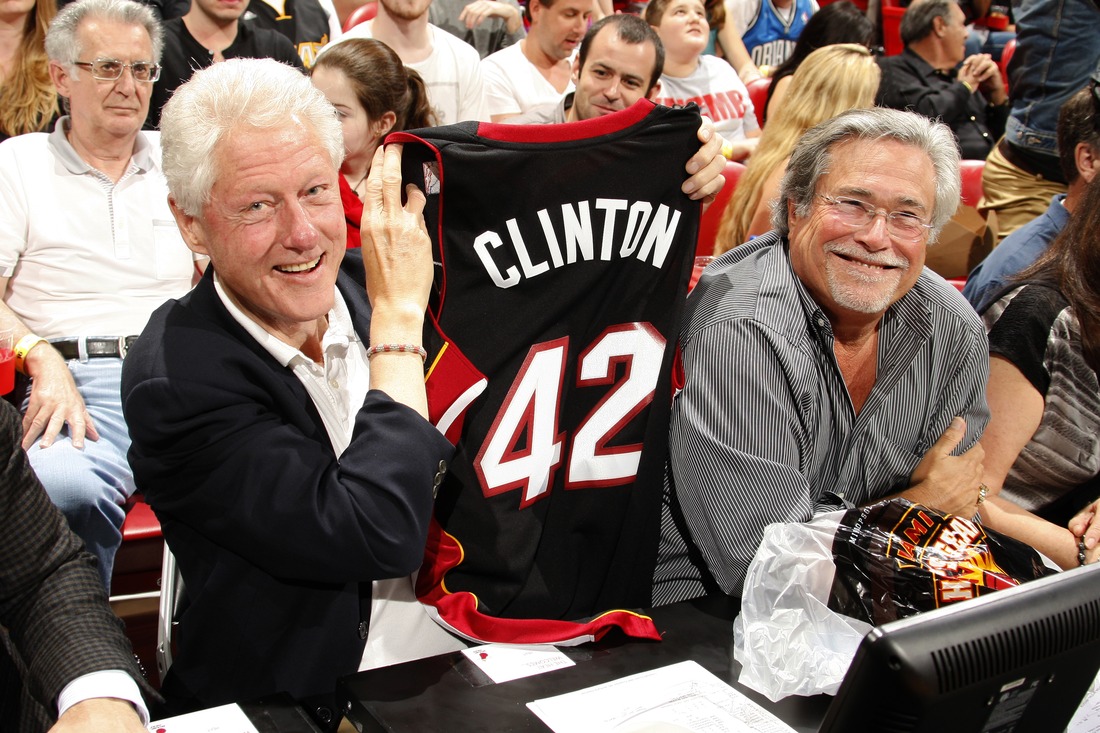 Man. Imagine just traveling around the country and getting free stuff and the best tickets wherever you go. Being an ex-president would be the best. But where were we?

In Oklahoma City, the Thunder have the best record in the West, and after a few years of waiting for everything to come together for everyone's favorite young team, OKC is finally coming of age. This is happening with four different players at the same time.

To keep with the "young team" theme, it's like everybody in OKC is hitting puberty at the same time. KD and Westbrook look deadlier than ever as scorers. Harden owns his role as the sixth man/glue guy better than anybody else in the league, and Ibaka gives the defense teeth that it hasn't had over the past few years. This is why they're 24-7, with the best record in the West. The only team better? You guessed it! Miami at 25-7 in the East.

Sunday was a perfect example of where we are in the NBA right now. The entire world's captivated by Jeremy Lin and the overflowing Knicks bandwagon, and with good reason. But over there in the background, we've got two sleeping giants playing better than ever, headlined by the two biggest superstars in the NBA smack in the middle of their prime. Watch them now, and you can't help thinking about the NBA Finals in June. So we'll wait to get too excited. It's not Linsanity, but if you're looking for a sensation that could exceed the hype, the Heat and Thunder could be even better. 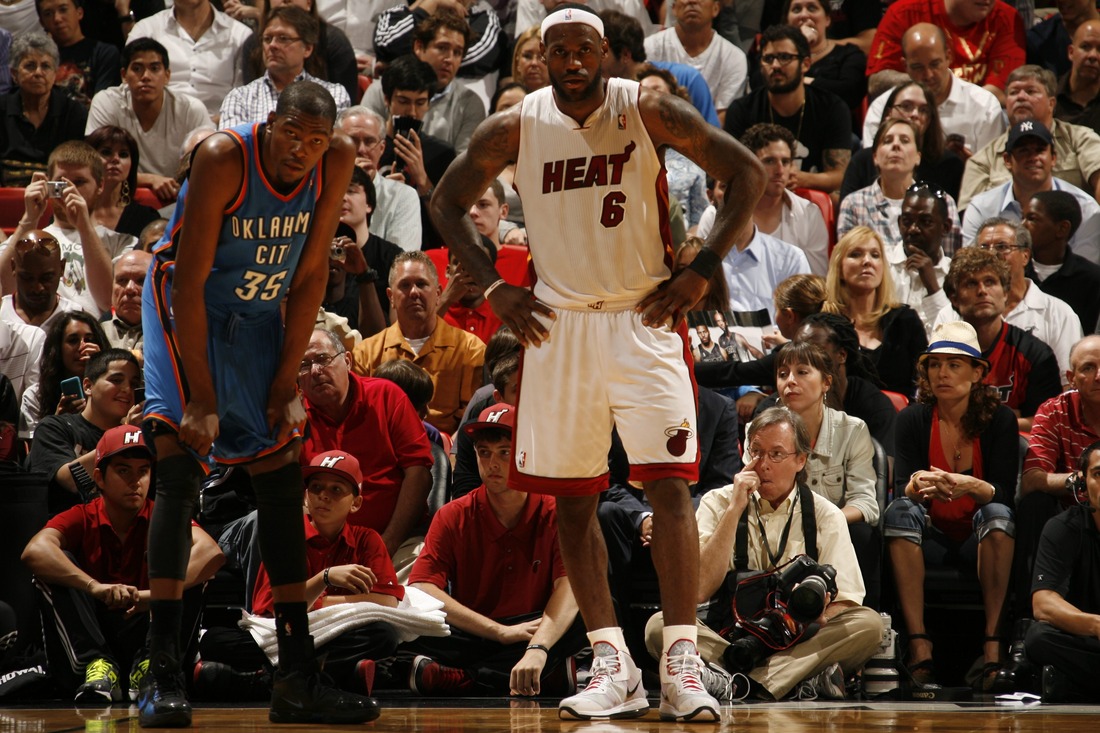