New Jersey Nets sharpshooter Anthony Morrow will be knocked out of the 2012 Three-Point Shootout Competition after posting a score of 14 in the first round, but in my eyes, he already won. That's because he decided to wear a Drazen Petrovic jersey, paying tribute to the former Nets great that tragically passed away in a fatal accident following the 1992-93 season. 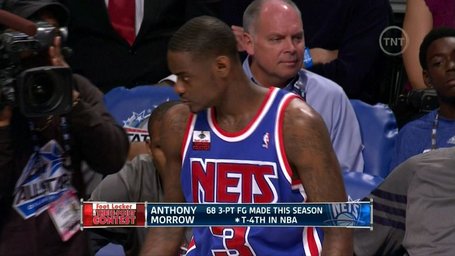 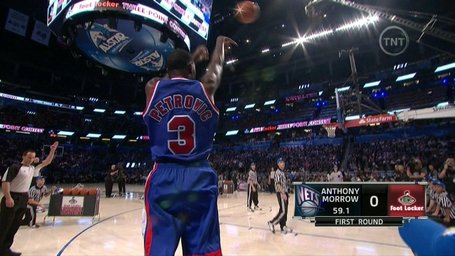 Morrow had planned on donning the jersey the entire time, and despite falling short in the competition, he certainly made anyone watching from the Petrovic family proud. Here's what he said earlier on Sunday.

"I instantly thought, ‘If I get chosen, I’m going to wear his jersey,’ " Morrow said of the Three-Point Contest at All-Star Weekend. "It was something I always thought about in the back of my mind. I didn’t make it last year, and this year I did, so I said I would take advantage of it if I had the opportunity."

For more on Morrow and the Nets, visit Nets Daily and SB Nation New York. For all your 2012 Slam Dunk Contest needs, be sure to visit this StoryStream.