Share All sharing options for: Three NBA Photos And A Video To Get Your Friday Started Right

It's Friday, it's been a long week, Super Bowl coverage may or may not be driving you insane, and you definitely don't want to be at work. But lest you get too down, the NBA is here to help. Here are a few photos and one spectacular video to remind us all why we love this game.

1. Gary Payton Signs An Autograph With A "F--- You". Sometimes it's just the simple pleasures in life. Like remembering Gary Payton on a random Friday in February, and remembering what a stupefying amount of s**t he talked throughout every game of his entire career. I don't even think GP was trying to be funny here; he was just providing a helpful caption. 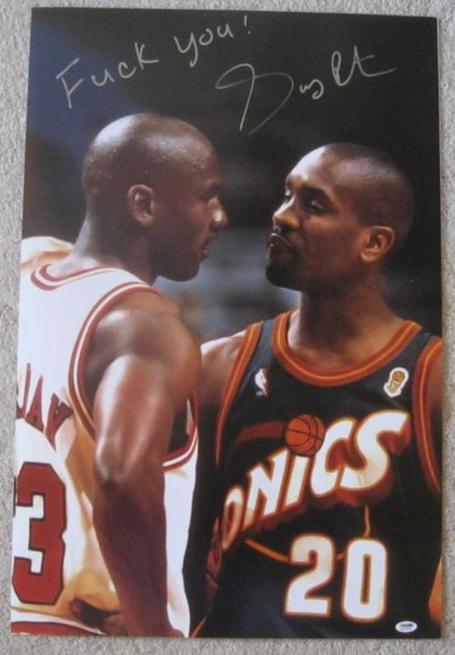 2. Kobe Bryant As A Celtic. This is like one of those bizarro photoshops that ESPN Magazine sometimes does to try and get attention, except that this photo's real--from when Kobe worked out with the Celtics before the 1996 Draft. It leaves us with two troubling questions.

What if Kobe were a Celtic?

What if Kobe always smiled like a school girl? 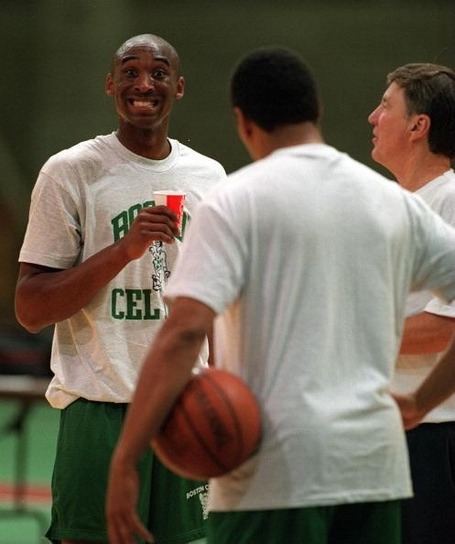 Bottom line: Every Friday should start off with a photo of Ron Ron in the club. 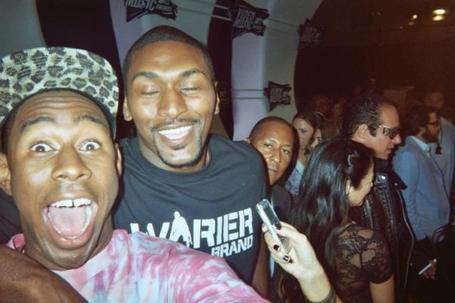 4. The Greatest Handshake In History. Corey Maggette, Monta Ellis, and it's not even close.

Major thanks to @TreyKerby for that video blast from Warriors' past, @Marcel_Mutoni for highlighting Kobe and Artest. You should follow them both if you don't already. But most of all, thanks to the NBA for consistently being the most ridiculous sport on earth. Happy Friday, y'all.