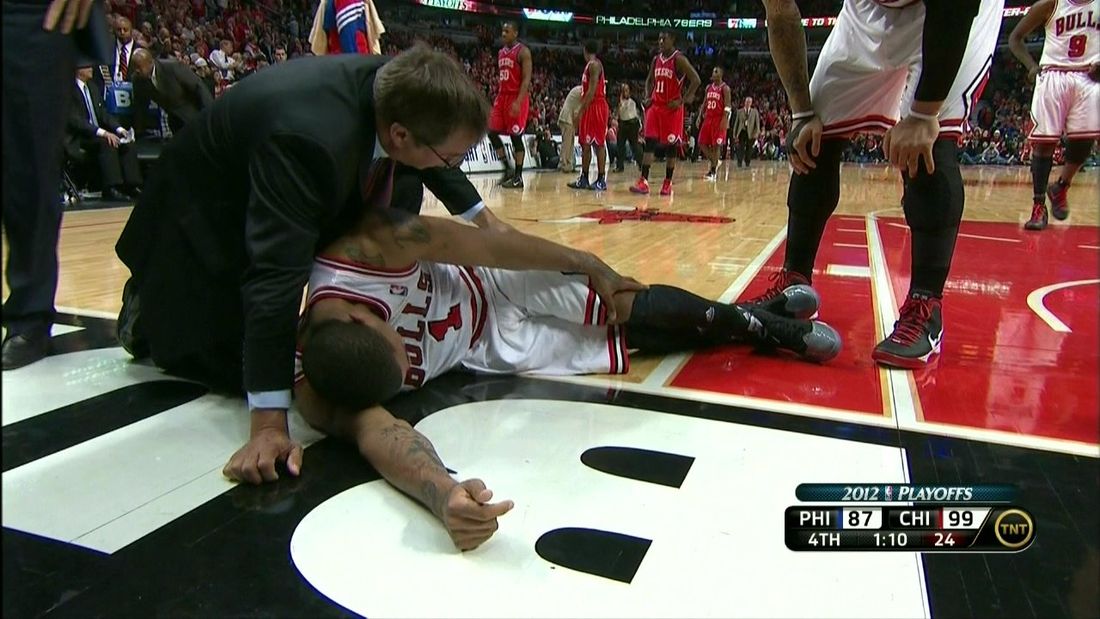 Derrick Rose, who has struggled with injury all season, appeared to injure his left knee with less than 90 seconds left in the Chicago Bulls' Game 1 win over the Philadelphia 76ers on Saturday. The Bulls led by 12 at the time, and play had just resumed after a timeout, which would have given Tom Thibodeau an opportunity to replace his starters.

Rose walked off the court slowly with assistance after receiving attention from the Bulls' medical crew. He received MVP chants and an ovation as he limped off.

Rose was driving to the bucket when he landed poorly and careened to the floor. There did not appear to be contact on the play -- Rose may have just twisted poorly in the air and landed wrong. Regardless, while the Bulls have played well without Rose this season, losing him would be awful for their title hopes.

For more on the Bulls, visit Blog-a-Bull and SB Nation Chicago.