Amar'e Stoudemire Injury: Knicks Star's Hand Is Taped And In A Sling, Season May Be Over

Share All sharing options for: Amar'e Stoudemire Injury: Knicks Star's Hand Is Taped And In A Sling, Season May Be Over

The New York Knicks suffered another loss and Amar'e Stoudemire injured his hand immediately after leaving the floor following the game.

This is what fire extinguisher that Amar'e punchrd looked like. Damaged one has already been removed. twitter.com/WindhorstESPN/…

Stoudemire eventually left the locker room with his arm in a sling and his hand taped. From TNT's broadcast: 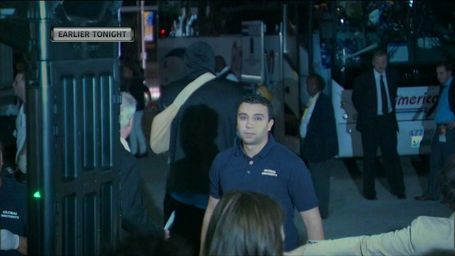 This is an unfortunate postscript to a rebound season for the Knicks and for Stoudemire in particular, who came into the postseason playing through a back injury. It's possible that his 2011-12 season is finally finished for good, in fairly embarrassing fashion.

Amar'e Stoudemire's Status For Game 4 Unknown Due To Lacerated Hand