Paul Pierce can be such a troll sometimes. As a fan of basketball, it can vary from annoying to hilarious, depending on the context. The whole wheelchair stunt in the 2008 NBA Finals, for example? Annoying. Providing his own special touch after dominating the fourth quarter in a victory? Usually hilarious.

However, the man they call "The Truth" went to a whole new level when he Tebowed after hitting two free throws to seal a win over the Atlanta Hawks in Game 2 of the first round of the 2012 NBA Playoffs.

The setting for the gesture isn't exactly appropriate, but who cares? Really, the fact that Pierce decided to Tebow in Atlanta of all places is what makes this great. Troll away, Paul. After scoring 36 points and grabbing 14 rebounds, you can do whatever you want. 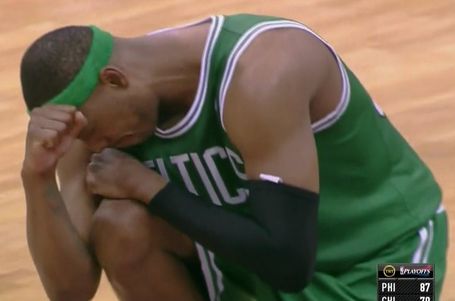