And Here's Marc Gasol In A Go-Cart

Share All sharing options for: And Here's Marc Gasol In A Go-Cart

This is probably the best way, though. 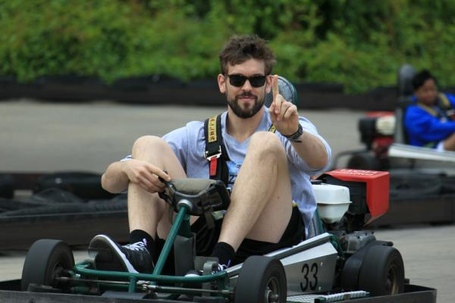 What a BAWSE. Bonus points for providing this photo with the hashtag, #agrizzlieinmariocart. Now then, let's think about this. If every Grizzlie were a Mario Kart player...

He's always been the little brother, right? Either way, I'm really glad he's enjoying his offseason and gave us an excuse to have this conversation. Rock on, Marc!