Charlotte Bobcats' Facebook Page Should Sit Out A Few Plays

It was a neat idea for the Charlotte Bobcats to try to engage their few fans on Facebook. It really was. The question the team asked was innocent enough, too: What pick will the team end up with at the NBA draft lottery? You'd expect a lot of people saying they'd get the No. 1 pick, with a few pessimists preventing the poll from being unanimous.

Instead, you got this. 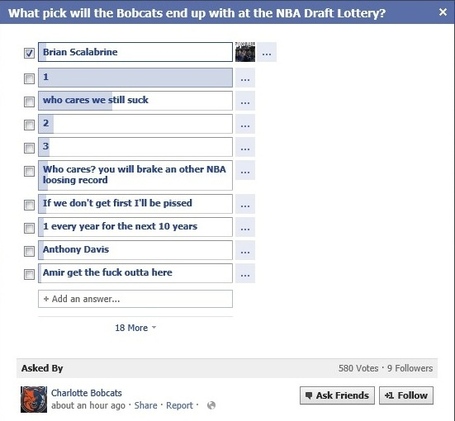