Share All sharing options for: Denver Nuggets Fans Have A Sunglasses Problem

If you didn't stay up for Friday night's matchup between the Nuggets and Lakers, you missed a pretty fun game! You also missed a fairly interesting crowd -- from JaVale McGee's mom patrolling the baseline to an interesting mix of Lakers fans.

There was also some funny business going on courtside. This game was indoors and at night, yet multiple fans were rocking sunglasses. Convinced it was either a subtle message about the Nuggets future (so bright!) or eye protection in case McGee got swatty (they were in the splash zone, along with the rest of the first deck).

You can't tell from this photo, but there's a whole bunch of odd things about the bro in the sunglasses. 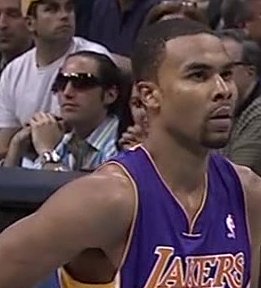 And he wasn't alone! Just a few feet away, we have tatted up, sleeveless sunglasses bro. What in the world?

It's at this point we're going to go ahead and toss Pam McGee (JaVale's mom) into the mix. Notice what the man she looks like she's about to smack is wearing on his head. 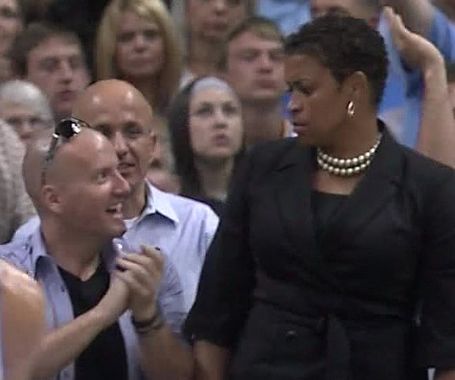 Even odds that she made him take the sunglasses off at some point.