The Happiest Cautionary Tale The NBA Has Ever Seen

Baron Davis is sidelined for the Knicks with a knee injury that will reportedly knock him out for the next 12 months, and maybe out of the NBA, in general. But if this is how it ends, don't feel bad.

Share All sharing options for: The Happiest Cautionary Tale The NBA Has Ever Seen

Baron Davis is out for the New York Knicks and might be out of the NBA for good. His knee essentially exploded during Sunday's Heat-Knicks game -- he tore his ACL and MCL, and partially tore his patella tendon. You can see stomach-churning video of the injury here. Recovery time is 12 months at best, after which he'll be a 34-year old free agent. So in all likelihood, we've seen the last of Baron Davis in the NBA.

On some level, it sucks.

Baron Davis was once one of the most incredible athletes basketball had ever seen, only we never really got to see him shine. Eric Freeman touched on this at Yahoo! Sports late Monday, and you can go watch grainy YouTube highlights of his college years to get a sense of who we're talking about. He played low to the ground and would barrel through defenses like a high-speed bowling ball. Then, when he wanted to, he'd elevate like a bowling ball shot out of a cannon.

Everyone forgets this now because he's spent the past four of five years as an out-of-shape, overpaid shell of what he once was. But as a young player, Baron was like a hybrid of Allen Iverson, Stephon Marbury and Steve Francis. Next to the three guards from the future, here was one who borrowed strengths of all three. As ferocious as Iverson, as creative as Marbury, as explosive as Steve Francis. When his jumper was falling, he was 100-percent unguardable.

His first few years in Charlotte, we saw some of the potential realized. He tore through teams, led the Hornets to the second round of the playoffs and was basically a highlight reel every night. 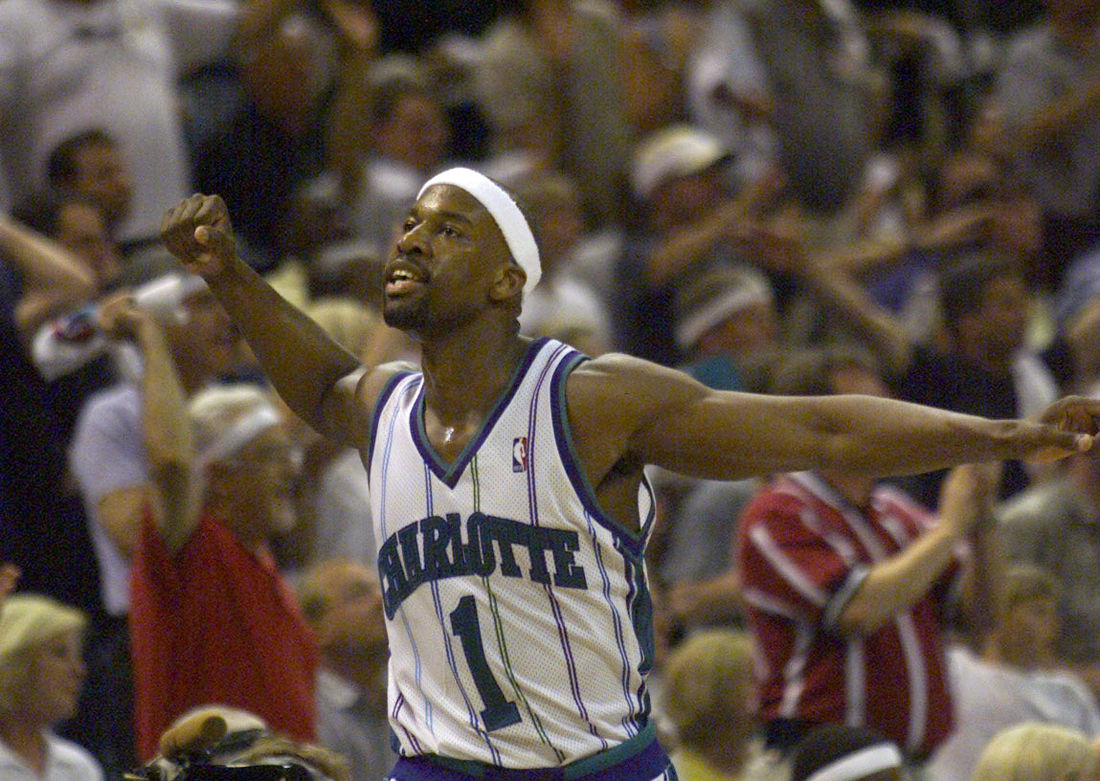 In his fourth year, injuries to his back and knee limited him to 50 games, and he was never really the same again. Of the next nine years he played 82 games only once and spent most of his career teasing us with the occasional glimpse of what he once was. On that front, nothing's more memorable than 2007 in Golden State.

That's the year the the Warriors upset the Mavs, when the whole team took on Davis' bouncy attitude and turned into the most lovable giant-killers the NBA had seen in years. It wasn't just that his team won, but they looked like they had so much fun doing it. When it came time to hit big shots, there wasn't an ounce of fear against the heavy favorites. That was all Baron Davis.

The big shots, the interviews with bullet-hats post-game, the free-wheeling offense under Don Nelson, the dunks punctuating everything... for a few weeks it felt like Baron found his destiny. Finally healthy, playing uptempo, shocking the NBA elite and winning over millions of fans with each passing game. This is what his career might have been.

It never really panned out, obviously. That 2007 playoff run is burned in our memory regardless, but the rest of his career saw big plans go bust just about every year. With the chaotic Warriors the year after that playoff run, then the dysfunctional Clippers over the next three years and finally, this year with the Knicks. There were nagging injuries to blame, broken promises (Elton Brand!), more injuries (Blake Griffin's rookie year), bad coaches, and Baron's mounting apathy and crappy conditioning as none of it ever changed.

Baron Davis isn't blameless for all that, but think about it. He spent his career with George Shinn's Hornets, Chris Cohan's Warriors and Donald Sterling's Clippers. Between his never-ending injuries and the dysfunction he inherited at basically every turn, there were a lot of factors working against him. So when you think back to the early years, the highlights, that Mavs series, it's hard not to imagine what might have been if things had happened just a little differently.

This is part of the game. Greatness is as much about opportunity and luck as talent. Not every future Hall-of-Famer actually makes the Hall of Fame.

And usually, it's sad when you look back at the guys who never made it. Whether you're talking about real heartbreak like Len Bias and Ben Wilson, or even guys like Yao Ming, who never quite lived up to a world of outrageous expectations. We never want less once-in-a-generation talents, and when guys fail for one reason or another, it feels like a loss for anyone that loves the game. Except with Baron Davis.

I know we should feel bad that Baron never realized his potential or found the right situation or that he played the better part of the last 10 years battling various injuries. It sucks. It just... it never seemed to bother him that much. Some guys you remember with a wince, but even if this is how it ends for him, I'll always remember BOOM DIZZLE with a smile.

He did skits about his beard with Betty White, he produced documentaries to help stop gang violence in L.A., he recorded awesomely stupid spoofs with Steve Nash (watch above), and sure, he probably made more than 100 hundred million dollars, but he also seems like he knows how to enjoy the money better than most of us. And maybe most importantly, he seriously calls himself "Boom Dizzle." His career's been less awesome than we expected, but he is way more awesome than we could have hoped. That makes a big difference.

Basketball's full of cautionary tales. From high school on, it's a landscape with a thousand wrong turns. More stars fail than not, and the endings are rarely pretty for players who defined their whole lives with basketball, then failed. Baron Davis never did that with his life. He used basketball, not the other way around. He always had fun on and off the court, and it all hit a crescendo with the Warriors in '07. From there, even as his career floundered off in one direction, his life off the court flowered in another. If that kept him from being great, so did a lot of other things.

So I guess the point is this: On the court, his career is more tragic than most people realize. He was always good, but if a few things happened differently, he might have been one of the most electric guards my generation ever saw. The genius of Baron Davis is that we'll remember him fondly anyway.

So, remember how good he was and imagine how great he might have been, but don't feel bad. Next to a hundred failed prodigies who end up broke and empty, Baron Davis is a reminder it doesn't have to end that way. His career may be over, but Boom Dizzle will probably be just fine.