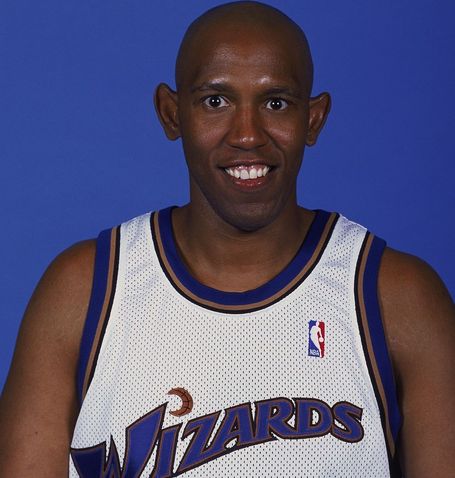 Seth Jones’s story is a fairly well known one among hockey fans: born to former NBAer Popeye Jones, Seth first picked up hockey while living in Denver, and honed his game playing youth hockey in Texas.

Really! We're probably months and years behind hockey diehards on this one, but it sounds like Popeye Jones' son is kind of an incredible hockey prospect. Like the Nerlens Noel of hockey, maybe. More:

He stands about 6’3″ and is a little over 200 pounds with room to get bigger. He skates tremendously well and can play well in his own zone plus has tremendous offensive upside. He’ll battle QMJHL forward Nathan MacKinnon in the race to be the #1 overall pick, and while I’d take MacKinnon because I tend to favor forwards, there’s no doubt that Jones is a potentially elite defenseman, and one of the best American prospects in quite some time.

You can read more about Seth Jones over at The College Hockey blog, but for now it's just important that everyone knows he exists, he's really the son of former NBA superstar Popeye Jones, and he could be playing in the NHL sometime soon. He won't be eligible for the NHL Draft in 2013, but I'm pretty sure he's already my favorite hockey player of all time.

(Big ups to @katiebakes for the tip)