Let's get a few things straight before we get into this analysis of Kevin Durant's missed game-tying shot attempt in the Oklahoma City Thunder's 100-96 loss to the Miami Heat in Game 2 of the 2012 NBA Finals.

As soon as James realized the play was happening, he extended his elbow into Durant's midsection. Before Durant pulled up for the floater, James had his arm under Durant's arm. Here, look: 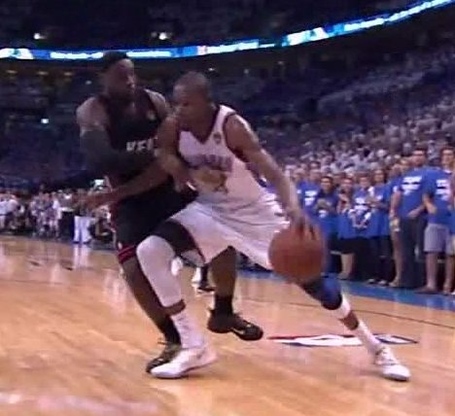 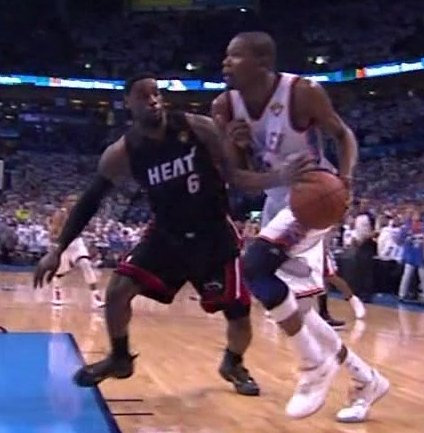 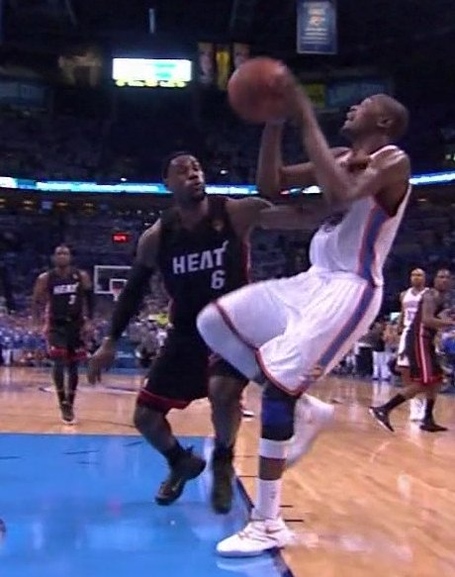 In almost all situations, that's a foul. Late in a game, I guess it isn't.

To be clear: that's not why the Thunder lost the game. It's just unfortunate that such a great game ended on a questionable non-call.

For more on the Heat, head over to Peninsula Is Mightier and SB Nation Tampa Bay. For Thunder news and notes, visit Welcome To Loud City or check out SB Nation Kansas City. And for news, analysis and everything else revolving around the NBA Playoffs, be sure to visit SB Nation's dedicated NBA hub.