The Charlotte Bobcats' New Jerseys Are Something Else

Share All sharing options for: The Charlotte Bobcats' New Jerseys Are Something Else

The Charlotte Bobcats needed a new look to make everyone forget about them having the worst record in the NBA last season, so on Tuesday afternoon, they unveiled a new set of uniforms. By no means are we fashion consultants, but we can say with 100 percent certainty that the new jerseys are different that the old ones.

The biggest change is that Michael Jordan's team will now simply be branded as "Cats" when they're at home, thereby removing any references to original team owner Bob Johnson (or just being way more edgy, though it'd seem an apostrophe 'Cats would have accomplished that goal with a bit more gusto).

Anyway, we have photos (courtesy of the Bobcats' website, not CharlotteBobcats.com). 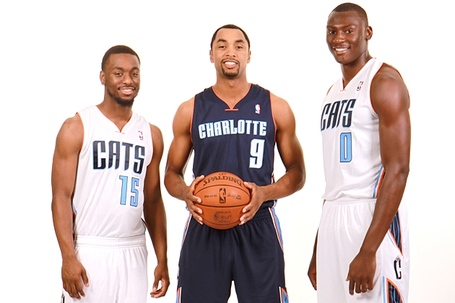 Kemba Walker, Gerald Henderson and Bismack Biyombo look just fine with their new digs when the team photographer told them to smile for the camera as a group, but Biyombo let his true feeling show later during his one-on-one session. 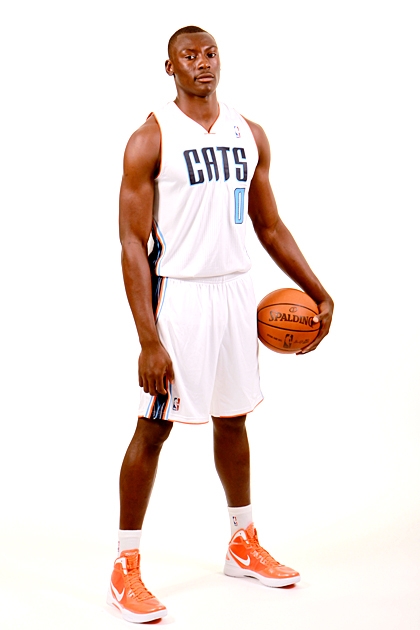 For those unfamiliar, there's a 95 percent chance that this is Bismack's "Are you serious, bro? Cats?" face.

For more on the Bobcats' coaching search, be sure to stay tuned to this StoryStream. For more on professionalish basketball in Charlotte, check out Rufus on Fire.