Dion Waiters, Cavaliers Fans And The Five Stages Of Grief

Share All sharing options for: Dion Waiters, Cavaliers Fans And The Five Stages Of Grief

The Cleveland Cavaliers shocked everyone at the 2012 NBA Draft and took Syracuse guard Dion Waiters with the fourth overall pick. Waiters was slated to go much later in the lottery, but kept rising up the draft board even though he shut down all interviews and workouts in May, before the Cavaliers could bring him in to check him out.

Needless to say, this was a surprise to Cleveland fans. Let's take you inside the five stages of grief that the fans who frequented the draft threads on SB Nation's Cavaliers blog Fear The Sword went through on Thursday night. 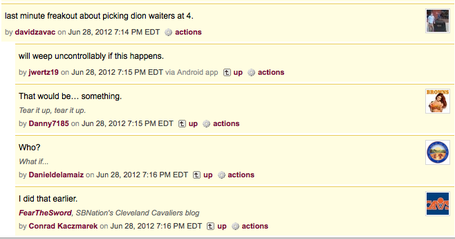 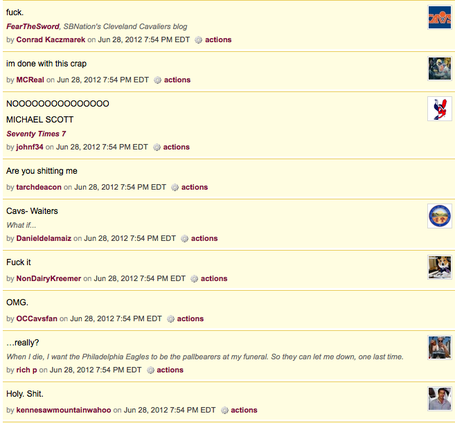 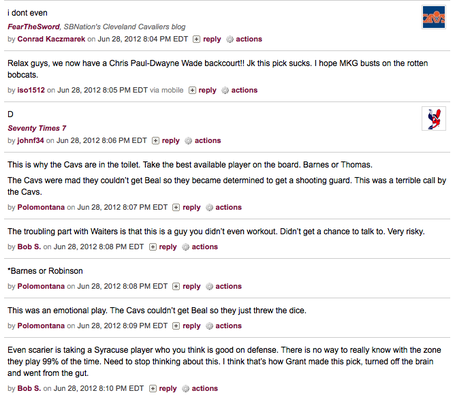 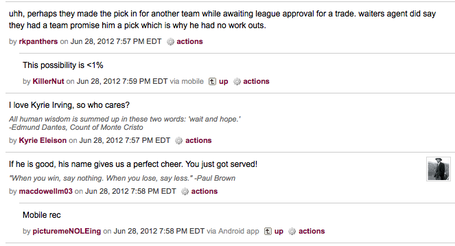 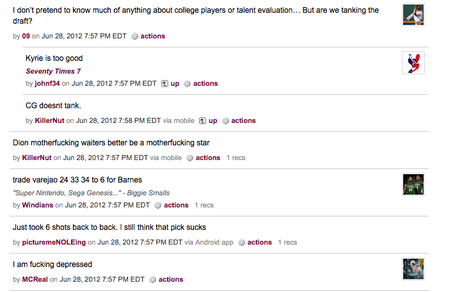 Now that I'm home and I've had a chance to read some articles on him, I'm coming around on him. I've heard enough people whose opinion I respect talk positively about Waiters to get over my initial hesitations. Am I comfortable with the fact that he never worked out for the Cavs? No. Do I like the fact that the Cavaliers have never spoken to him? Nope. Do I think that Waiters can fit in with the Cavs and be a solid player? Maybe.

Chris Grant and his team live and breath basketball. Unlike someone like myself who simply moonlights as a sports writer, Chris Grant has access that I don't. While I fit this in when I'm not at work, this is Chris Grant's work. By all reasons and estimates, Dion Waiters could very well be the best guy for the Cavs that was available at the four. Negativity and pessimism are a natural reaction when a surprise like this happens, but after the shock wears off, it's time for more reasoned thought and reflection. 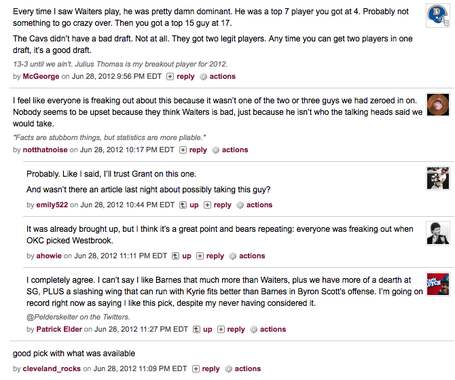 For what it's worth, the Cavaliers were very high on him too and seemingly had him ahead of Bradley Beal on their draft board. Hopefully for Cavaliers fans' sake, they'll be able to look back on Thursday night and laugh at their apprehension.