Jordan Crawford's Shoes Are As Cold As Ice

Share All sharing options for: Jordan Crawford's Shoes Are As Cold As Ice 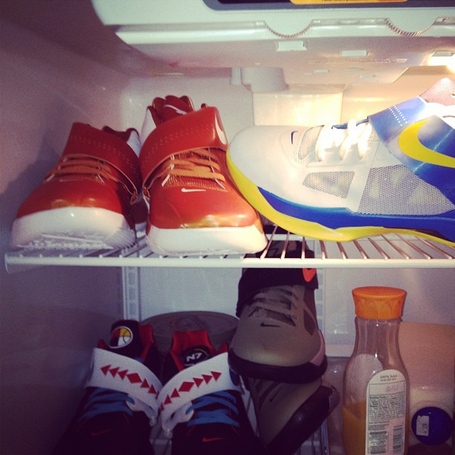 In the past 30 minutes, I've learned so much about the reasoning for why Washington Wizards guard Jordan Crawford decided to tweet out a photo of a bunch of Nike Zoom KD IV shoes in his fridge. At first glance, the idea of someone keeping their shoes in the fridge makes no sense. Why would you put those by the food you're going to eat?

But maybe Crawford is actually smarter than all of us. Some possible explanations for why this photo exists:

I'm leaning toward No. 3 personally, but it could be any of those things. Which one makes the most sense to you?