LeBron James Is Still A Clownfraud: A Level-Headed Take On Game 6

Share All sharing options for: LeBron James Is Still A Clownfraud: A Level-Headed Take On Game 6

Reigning NBA MVP and most hated man in America LeBron James had a pretty spectacular game on Thursday night as the Miami Heat defeated the Boston Celtics in Game 6 of the Eastern Conference Finals. But here's the thing, everybody: He's still a big fraud with baby pee pants. Like a baby.

Yeah, yeah; LeBron had 45 points in a blowout win against the Celtics, but how many rings does he have? That's what I thought: still zilch-o. Yeah, he pretty much dominated Boston on its home court, but check out this shot chart: 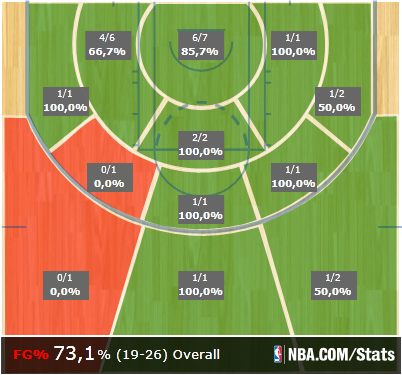 Look at this crap. That's some pretty crummy shooting from the left side there. And no corner threes? Please. Give me the strong, assured play of Ray Allen or Kyle Kuric over this legendary clownfraud.

James' play in Game 6 was far from surprising. You would expect no less from the NBA MVP. But where are his rings? From what I understand about the game of basketball -- and I know pretty much everything about basketball, because I'm on the information superhighway -- this is literally the only thing that matters.

Sure, James was great in a blowout. Anyone can be great in a blowout; it's right in the name. Until James wins a close playoff game and hits a game-winning buzzer-beater to win his ninth NBA title, he will always be nothing but a crying infant chokefraud, who is also bald.

I hope this clears up why LeBron James is the worst human being. Go Sox Celtics.

For more news about the Miami Heat, check out Peninsula is Mightier or head on over to SB Nation Tampa Bay.