The head of USA Basketball ripped DeMarcus Cousins for no apparent reason. And you wonder why the kid has infinite chips on his shoulder. The Hook gets mad at Jerry Colangelo. Plus: Daryl Morey vs. the Knicks, again. The Hook is a daily NBA column by Tom Ziller. See the archives.

Team USA is in Las Vegas taking funny photos, preparing for London and scrimmaging against the USA Select team, which totally doesn't sound like a generic soda pop brand. With the exception of a brief spell of wonder brought to us by Uncle Drew, the only Select member anyone can talk about is DeMarcus Cousins, which is entirely expected, because it has become impossible to talk about anything that DeMarcus Cousins is involved in without talking about DeMarcus Cousins. His gravity is powerful, and that is not an Eddy Curry knock-off joke, because Cousins' conditioning is pretty darned good, thank you very much.

Witness Jerry Colangelo, USA Basketball honcho and a sort of NBA godfather figure, speaking to reporters via conference call on occasion of the announcement of the Team USA roster, to which Cousins was not added:

"He needs to be more mature as a person, as a player, if he's going to have an outstanding NBA career," Colangelo said in a conference call. "Before there's discussion about him being part of our program, he has a lot of building to do....He has a lot of growing up to do."

The frustrating part is that no one on the call asked Colangelo about Cousins' career prospects. The question was about Cousins' future with USA Basketball. Colangelo hasn't been an NBA executive during Cousins' pro or college career, and this was the first summer that Cousins played with USA Basketball. The conference call was Saturday, mini-camp began on Friday. Cousins later said he hadn't ever spoken to Colangelo before the conference call.

So Colangelo is asked about Cousins' future Team USA prospects, and after two days watching him audition for the Olympic team and after three years reading all of the stories and hype and anti-hype about DeMarcus "Red Flags" Cousins and after zero minutes speaking to him and attempting to dive beneath the fog to actually find the truth, Jerry Colangelo has made up his mind and is ready to tell everyone all about it.

DeMarcus Cousins is constantly battling the image of DeMarcus Cousins that so many people hold as truth. He fouled hard in the first scrimmage on Friday? Oh Heavens to Betsy, a physical Team USA player! Whatever shall we do? Yo, the Dream Team had Charles Barkley (who almost killed an Angolan in Barcelona) and Karl Malone. #BowCity.

And Cousins complained to the referees? Legends that represent the United States of America should never argue with game officials! 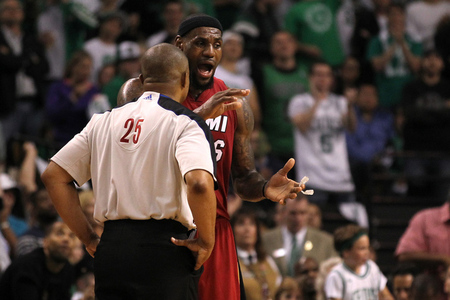 And he may have talked trash to fellow competitors in the heat of battle? What a disgrace. 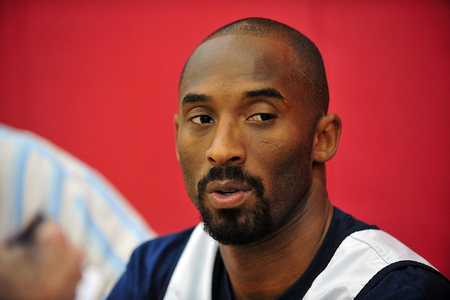 You mean to tell me that a young player trying his damnedest to make a strong impression on decision-makers against the best players in the world played hard and cared deeply about what happened during a practice? We just can't have that.

So Colangelo goes out and thoughtlessly rips Cousins to the national press. It hits the wires and blogs almost immediately because, again, it has become impossible to talk about anything that DeMarcus Cousins is involved in without talking about DeMarcus Cousins. As I said before, his gravity is powerful.

I say that Colangelo "thoughtlessly" ripped Cousins, and that's exactly what I mean: he didn't put thought into it. There was no malice, just a combination of sloth and ignorance. Colangelo had never sat down and talked to Cousins, so he didn't know how much being a part of USA Basketball means to the kid from Alabama.

That loosely controlled passion manifests as technical fouls and an occasional spat with a coach, yes. But it also manifests as constant double-doubles, a monstrous presence in the paint and, yes, problems for all opponents.

If in the future, Jerry Colangelo wants a campy Team USA singing Kumbaya and serving tea at halftime, he'll keep spouting his thoughtless punditry on DeMarcus Cousins and exclude him from the program. If he wants to produce the best team that the United States of America can offer in 2016, he'll actually get to know DeMarcus Cousins, his game and why he is who he is, and he'll invite him back for the 2014 World Championship.

In the meantime, maybe Jerry Colangelo, the arbiter of maturity, ought to take his own advice. The Sacramento Bee's Ailene Voisin spoke to Colangelo on Monday, and the godfather (age 72 -- or 51 years older than DeMarcus Cousins) had an excuse for his Saturday misstep.

Colangelo pulled me aside and said that, when I raised the question about Cousins during the teleconference that was scheduled to name the final 12-man Olympic team, he physically was not feeling well and wasn't in the best of moods.

Way to take ownership of your actions and set a good example, boss.

MOREY VS. THE KNICKS

For all of the crushing reality that sullies Rockets GM Daryl Morey's once pristine reputation as a basketball thinker and dealmaker, at least he still has the Knicks. More specifically, at least he can still make trades with the Knicks.

Monday saw another hilarious escapade in the Morey-New York relationship, as the 'Bockers sent two second-round picks, Jerome Jordan, Jorts Harrellson and Toney Douglas to Houston for the right to sign Marcus Camby, age 83, to a deal.

Houston had just taken in Camby at the 2012 deadline for Jonny Flynn's expiring deal, Hasheem Thabeet's hologram and a second. Thus, Daryl Morey becomes the first GM in NBA basketball to flip a 38-year-old walking corpse for profit. And the Knicks again became his mark.

This is the type of move that might not even mean all that much to the Rockets -- second-round picks rarely make it, neither Jordan or Jorts project to make a dent in the league, and Douglas, a legit NBA player, is wildly uneven in seemingly any role. But to get all of those dice rolls for the opportunity to pay a creaky 38-year-old center approaching extinction? That's victory.

Unfortunately, all of these tiny victories over easy marks won't likely help Morey land his superstar. You can dominate the low-end tables without becoming a whale.