There's been an odd social media dance going on in the past few days, and if I weren't any wiser I'd wonder if the Rockets, Magic and, perhaps, Nets were trying to work a trade out on Twitter. This is like a Facebook relationship status, except on a different form of social media. There's friending and subtle follows that are just weird in the scheme of things.

For instance, the Magic followed the Nets PR Department on Wednesday. Nothing odd normally, but this happened in the midst of the whole Dwight Howard on again, off again trade saga. 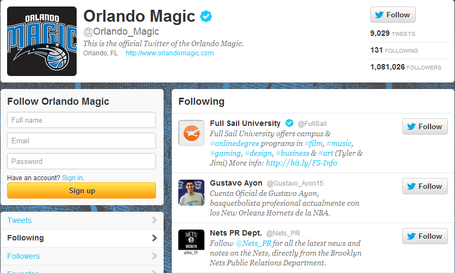 Then there's Thursday, when the Rockets social media people got in on the fun. Notice four of the team's most recent follows: 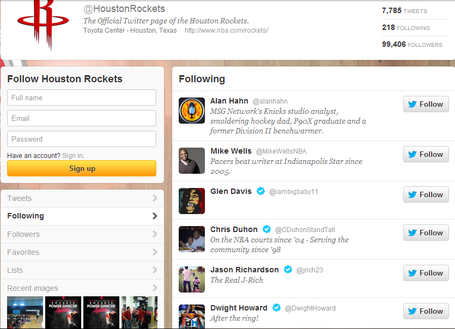 That's Jason Richardson, Chris Duhon, Glen Davis and, of course, Dwight Howard -- all from the Orlando Magic. All were followed by the Rockets' Twitter account suddenly.

So at this point, we can assume the Rockets are using social media to scout and, perhaps, send some down-low DMs to targets. It's logical, right? Right.