Speaking of taking a firm stance (warning: horrible segue!), the first lady wasn't shy to share her feelings on PDA -- much to the dismay of an arena full of fans. 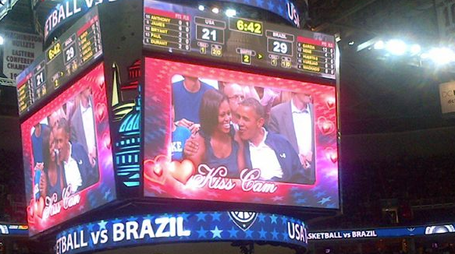 Update: They finally kissed in the fourth quarter! A nation can sleep soundly tonight.

I see y'all on the kiss cam @BarackObama & @MichelleObama... twitter.com/MikeWilbonSaid…

USA Basketball Vs. Brazil: Americans Storm Back To Win