Dwyane Wade Made A Cake, And 'It Was Bom'

Share All sharing options for: Dwyane Wade Made A Cake, And 'It Was Bom'

While many of the men who made up the "Redeem Team" in 2008 are gearing up to defend the United States' gold medal at the London Olympics, Dwyane Wade is at home. And he baked a cake. And Instagrammed it. 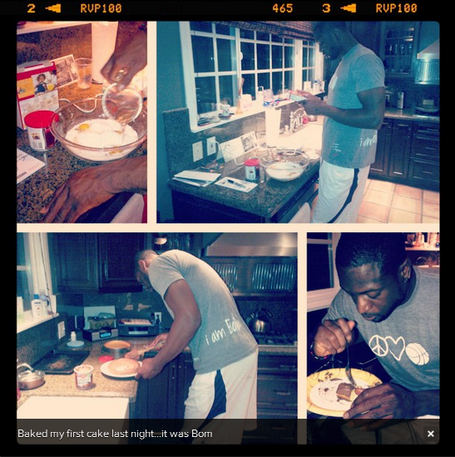 I do like that he used the Nashville filter (there's really no reason not to make it look like you're in the late 1960s when baking a cake), but I confess to being a little unsure about whether it was actually "Bom," which is, sadly, Wade using an American slang term for good, not Wade demonstrating that he knows a little Portuguese.

After all: that's store-bought mix and icing, man. You can afford to spring for organic flour and fresh-laid eggs.