Ads On NBA Jerseys: Imagining The Dunkin Donuts Celtics, And 13 Others

There may soon be advertisements on NBA jerseys. We take a shot at predicting what 14 of those might look like.

Share All sharing options for: Ads On NBA Jerseys: Imagining The Dunkin Donuts Celtics, And 13 Others

There are reports that the NBA will have a plan in place for advertisements on jerseys by next season. This means that advertisements plastered across your favorite superstars' jerseys are no longer just speculation, but are about to become a reality.

This isn't necessarily the worst thing to ever happen. After all, jersey advertisements have been an integral part of soccer jerseys for a long time. Besides that, what are Nike and Adidas and Majestic logos if not advertisements to begin with?

With that said, there's no telling what the sponsored NBA uniforms will look like, but there are some companies that would be an absolute perfect fit for specific teams. Let's dream about what could -- or may -- be, shall we? Please join myself and SB Nation's Tom Ziller as we travel down the endless road of sponsorship possibilities.

All images in this feature are by the incomparable Clay Wendler.

The Clips were involved in a much-publicized kerfuffle last year when they hit their most famous and diehard fan, Clipper Darrell, with a cease-and-desist order. What would be better than Darrell getting the ultimate revenge by sponsoring the team? NOW WHO CAN'T USE WHOSE LIKENESS, JERKS?! 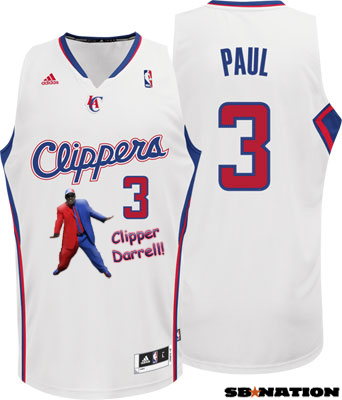 Jay-Z loves synergy. Absolutely loves it. Can't get enough of it. That's why we're almost positive that he'll buy his own advertisements for his teams' jerseys. He has a stake in a lot of companies, you guys. In fact, he likely already wanted to plaster his companies' logos all over the old jerseys. Like so: 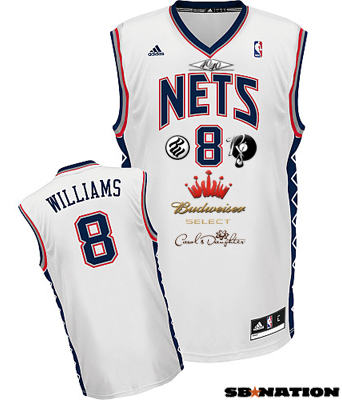 In other news, man alive is the Roc-A-Fella Records logo ugly.

Did you know that Nationwide Relocation Services can relocate you anywhere in the country? It's true! The Sacramento Kings may be in need of this sort of service in the near future. Possibly. Probably. Another interested sponsor? Bob Evans sausage. It's just good business sense. 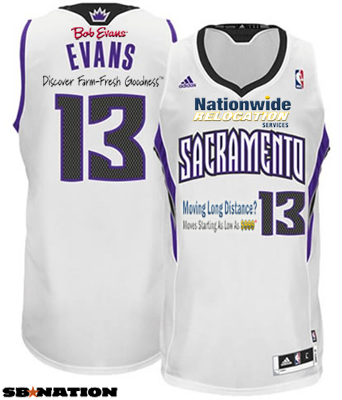 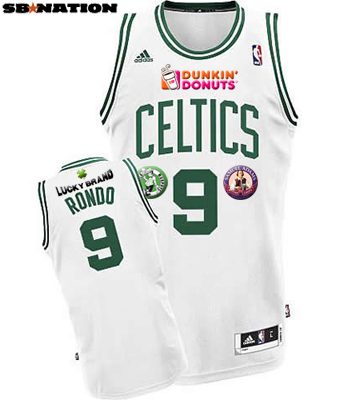 Look, there's almost no crossover between basketball and nerds. Nearly none. No, Spike Lee doesn't count. This is the perfect time for the biggest hardcore-nerd company on the planet to get in on the act. The WIzards kind of play on the coast. The company that makes Dungeons & Dragons and Magic: The Gathering is called Wizards of the Coast. It's perfect. It's inevitable.

Another company that makes perfect sense for the Wizards? Bic Wite-Out. After all, the team is one extended do-over. 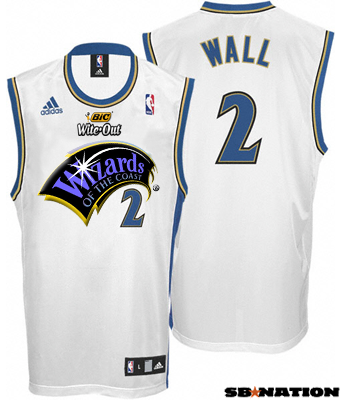 Most teams have to make really tough decisions. "We need a shooting guard and a point guard, but we can't afford both. Which do we really need the most?" Or perhaps: "We can't pursue ALL of the free agents we want to, so we need to prioritize." The Heat, though? They're just one big basketball buffet. 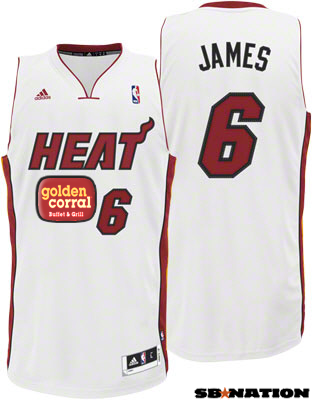 The Knicks imagine themselves to be what the Heat actually are. It's sort of like if you imagined yourself to be LeBron James, but you just put on a headband. Also, on your way to buy the headband, you tripped and broke both your legs and dropped $35 million down the storm drain. Oh well, it's a rebuilding year.

So what's the less-respectable version of Golden Corral? You guessed it. 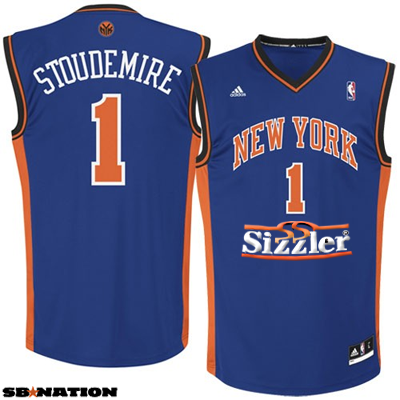 WHADDAYA MEAN YOU DON'T WANT TO PUT 25 GRAND ON THIS GAME? AWWWW, MAAANNNNNN.

Come on, man, just put a little money on it. Look, double or nothing, and you can be our starting point guard. 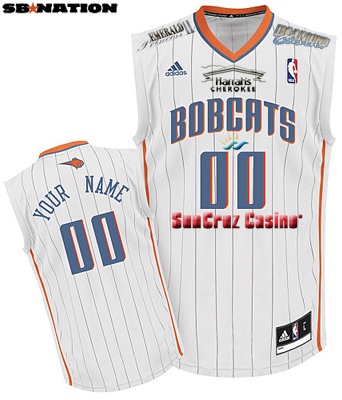 Remember what we said up there about nerds? They are a huge, untapped, valuable market for the NBA. What better way to pander to them than Orlando Magic: The Gathering? 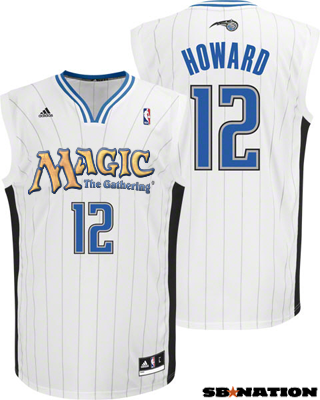 Psssshhh, basketball? Whatever, man. I liked basketball before it was cool. /slurrrpppp 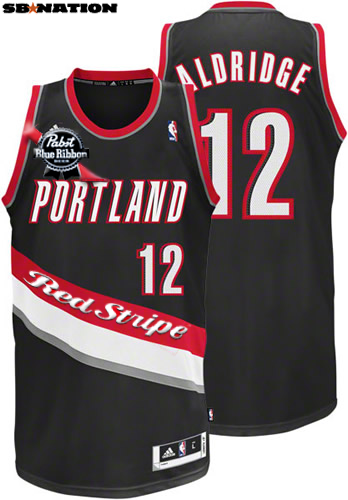 This one was insisted upon by team owner Robert Sarver's wife. 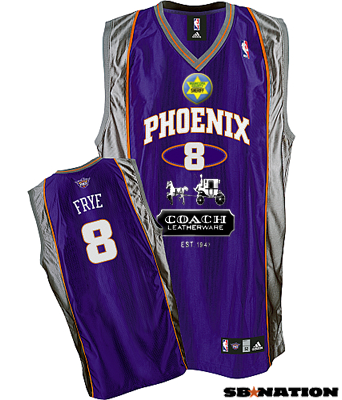 The Hornets are going to be leaning on the New Orleans Saints for a long time to come. The fortunes of the two teams are intertwined, so why not drop the pretense? 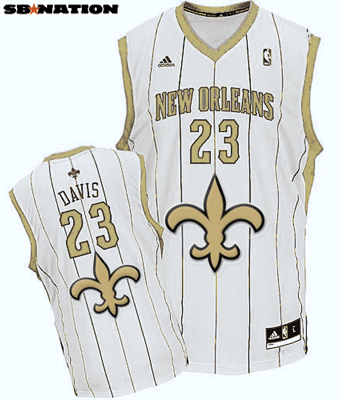 The Lakers are the sold-out blockbuster that everyone wants to see, even though it looks pretty stupid and won't be nearly as good as the book, or the first one, or whatever. Studios will be doubling down that people will be willing to buy a new Kobe Bryant jersey every few months in anticipation of the next huge movie coming out. And they will, too. Lakers fans are ridiculous. 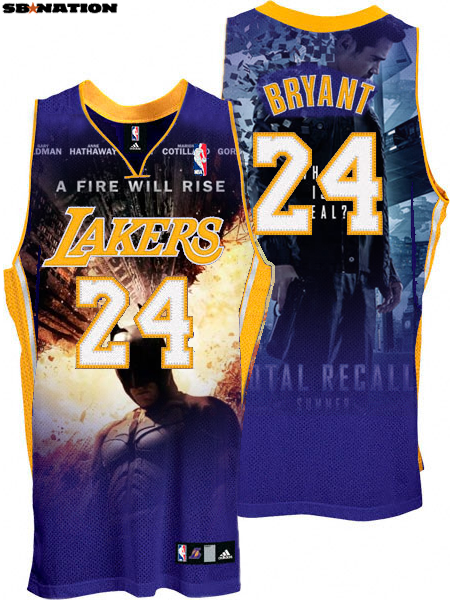 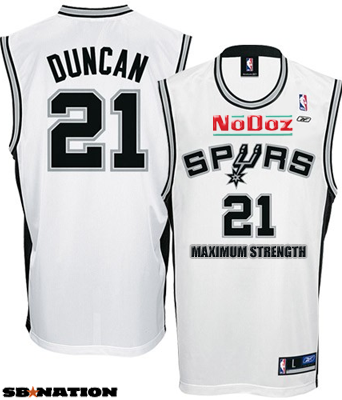