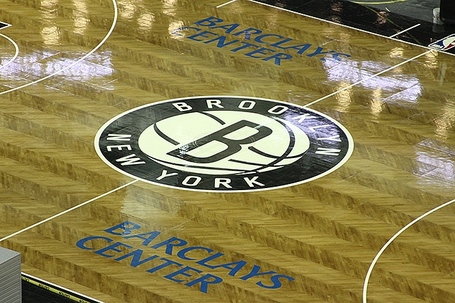 via the Brooklyn Nets

Behold the Brooklyn Nets' new court at the Barclays Center, unveiled today over at the team's official website. The pattern for the floor is "herringbone", and like everything else borne from the New Nets -- from the forks to the owners to the jerseys new colors -- it's unlike anything else in the NBA. 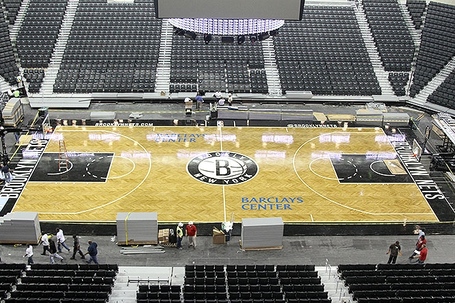 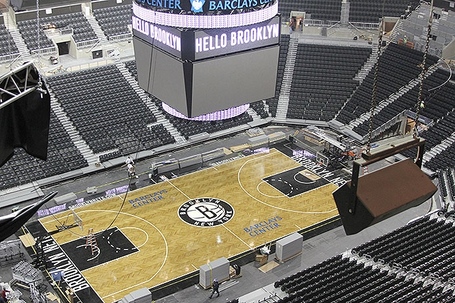 That last one's probably the coolest angle from the Nets' photo gallery. As for the court itself? The Nets are marketing themselves as the basketball extension of Jay-Z, and herringbone hardwood is just the latest twist in that "all the details matter" approach to re-branding.

And ... The court looks pretty cool?

What do you guys think?

I think it looks cool.

But just for the record: There is no such thing as a basketball extension of Jay-Z, and Zadie Smith is never going to write profiles about Avery Johnson and Andray Blatche (even though she should). All the details matter, sure. But if Joe Johnson shows up out of shape and Deron Williams has another underwhelming season, those black-and-white unis and the "herringbone court" could look pretty, pretty ridiculous next to a 39-win seventh seed.

On the other hand:

Jay-Z was sitting on the edge of his impossibly large oak desk when he stressed the importance of flatware.

Forks need to be heavy, he told his small audience, which included Chris Sharples, the architect in charge of designing a block of luxury suites at Barclays Center that would bear the rap impresario's imprint. Forks, Jay-Z said, need to have substance. A plastic fork? Please. Even stainless steel was out of the question.

No matter what happens, nobody in the NBA can hate on those heavy forks.

(All photos via NBA.com)