The New Orleans Pelicans logo: Why is that bird so angry?

The New Orleans Pelicans introduced their new logo on Thursday afternoon. Check out photos of the new look, and let's talk about why it's not quite as awesome as it should be.

Share All sharing options for: The New Orleans Pelicans logo: Why is that bird so angry?

We've known about the name change for a while now, and it's pretty fantastic news: The New Orleans Hornets will become the New Orleans Pelicans starting next season. Who could possibly be against a professional sports team named the "Pelicans"? In the very serious sports universe, it's pretty great that people will be forced to have arguments about pelicans.

Anyway, today the dream became a little more real: The team unveiled the colors and logo that the Pelicans will wear next year. So let's talk about this.

1. The colors. They will wear Blue ("Traditionally represents liberty"), Gold ("The raucous embellishment and flourish that represents the spirited life of New Orleans. It's a color indicative of the city itself."), and Red ("signifies fraternity, as one blood or union, as with this team of players.") And ... eh, these colors are fine. Not great but not totally horrible. All due respect to the "raucous embellishment" that comes with gold, yellow and lighter, ocean-y blue would've been better. Because, ya know, PELICANS. Anyway, we'll call this a 4.5 out of 10. They look like the Wizards colors with a rusty gold randomly thrown into the mix. Looking like the Wizards is never a good thing.

On concept alone, the Bird-De-Lis wins. Plus we all get to say "Bird-De-Lis" for the rest of our lives, so that's a second victory. Finally, this is by far the best looking iteration of the new logo. It's creative, it conjures New Orleans, and it looks cool. This gets a 10 out of 10, and we all need a t-shirts with this logo as soon as possible.

Why does the pelican look so angry?

What's the point of making this logo menacing?

YOU NAMED YOUR TEAM THE PELICANS.

The whole reason we loved the Pelicans name was the brilliance of having a team named the Pelicans next to teams like the WOLVES and THUNDER and GRIZZLIES. The Pelicans were just ridiculous and lovable enough to be perfect for a pro basketball team in New Orleans. And now they're trying to get tough and serious-looking all of a sudden?

Sure these birds can be vicious animals in real life, but come on. You're the Pelicans. Embrace it! As it stands now this bird looks pretty evil. Like something that'll dive down from the sky and eat your soul. It's unsettling. So this logo gets a 3 out of 10. The amateur designs that were floated six weeks ago would've so been much better. 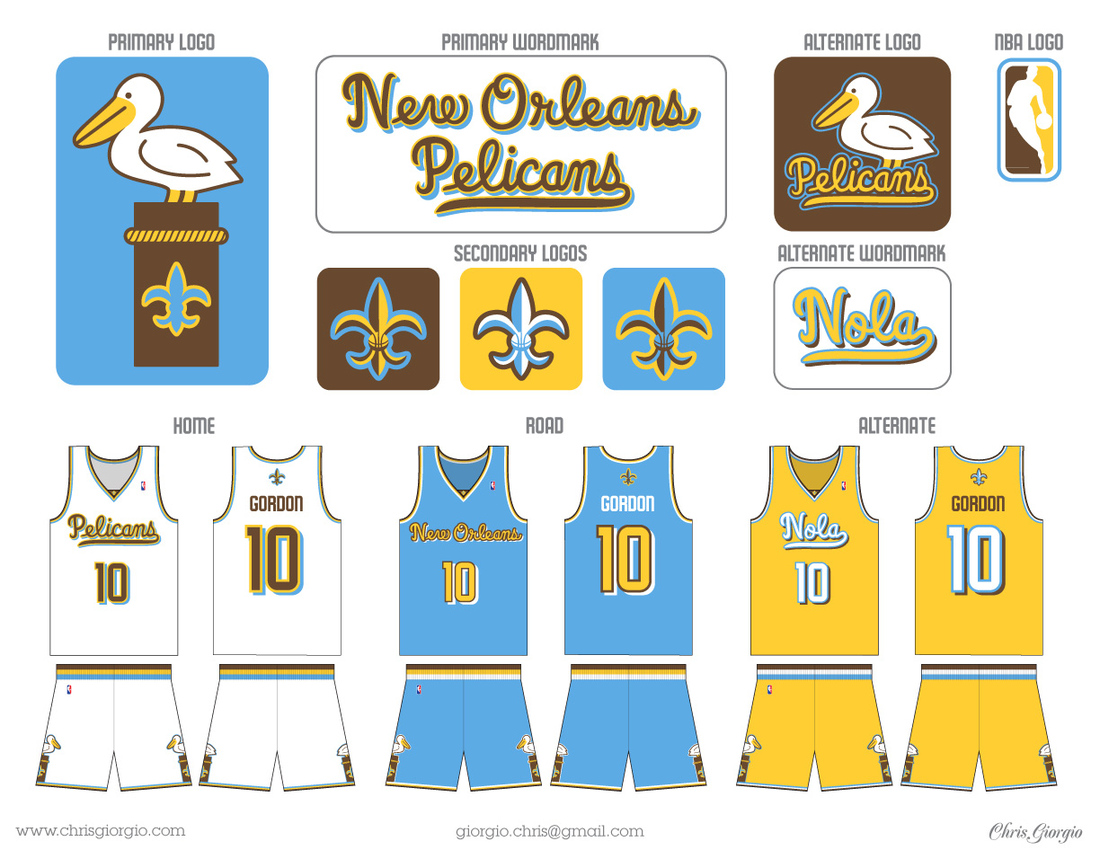 Look at that New Orleans Pelican! That's the goofy ass Pelican we wanted all along. That's an ABA Pelican right there. What we have now is something like an XFL Pelican, menacing us with its evil glare, pretending to be ruthless, pretending that sports are serious. It sort of undermines the entire idea of naming a team the Pelicans, right?

So yes: Bird-De-Lis aside, it's a pretty disappointing day. But all is not lost. I'm sure the colors will grow on us before next season, and hey, let's remember what's important here. At the end of the day we're still getting a professional sports team named the Pelicans.